Matthew West Has SOMETHING TO SAY on January 15
After a trying summer of vocal surgery and 2 months of silence, Matthew West gears up for his next studio album titled Something to Say for release January 15th of 2008.

Prolific singer and songwriter Matthew West (More, Only Grace) returns to action on January 15, 2008 with Something To Say, a new album via Sparrow Records that looks to be his most directly biographical offering to date.

West, who had to undergo surgery on his vocal chords and could not speak for two months following the procedure, wrote much of Something To Say based on what he learned during that season of silence.

I couldnt speak directly to my wife, sing to my daughter, or answer the phone. Our weakest moments become our defining moments when we allow God to speak to us through them, he says.

Watch a new interview with West, and hear the first single from Something To Say, You Are Everything, at MatthewWest.com.

West, who has written songs for multi-platinum acts Rascal Flatts and Billy Ray Cyrus among others, can also be heard on the radio this holiday season singing Christmas Makes Me Cry, a duet with American Idol alumna and label mate Mandisa. Furthermore, he joins the Christmas Promise Tour with Newsong, Todd Agnew, and Britt Nicole on November 17.

For more information about Matthew West, visit our Artists Database. 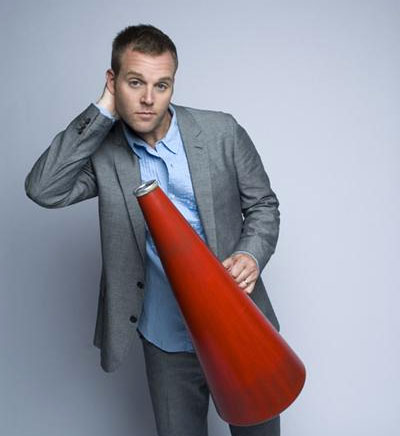