ATLANTA, GA  November 12, 2007  With more than 50 Dove Awards, five Grammy Awards and an American Music Award, Steven Curtis Chapman is one of the most honored artists in all of music. As he releases what looks to be another award-worthy album with his 15th CD This Moment, the Gospel Music Channel will present an intimate and revealing portrait of the Christian music icon in Faith & Fame: Steven Curtis Chapman on Saturday, Nov. 17 at 7:00 p.m. (ET).

With more than 10 million records sold, Chapman has recorded 15 albums with Sparrow Records which produced 45 No. 1 radio singles in addition to his many awards. His platinum and gold albums include Speechless, Heaven in the Real World, Declaration, Greatest Hits, Music of Christmas, Signs of Life, The Great Adventure, More to this Life and For the Sake of the Call. Chapman is also the on-air host of the GMC original series The Best of The Doves.

Faith & Fame: Steven Curtis Chapman will feature candid interviews with Chapman who shares never before told stories and, along with wife Mary Beth, sons Caleb and Will, brother Herb and some of his label and management family, talks about the joys and struggles of a 20-plus year music journey. The show features two decades of music performance clips and videos of Chapman performing some of his classic songs like His Strength Is Perfect, The Great Adventure, Dive and many more. While talking about songs from I Will Be Here, his musical pledge to Mary Beth after his parents difficult divorce to the future classic Cinderella from his new CD that was inspired by his three Chinese-adopted daughters, Chapman reveals new stories about the people and experiences that not only inspired his music but shaped and sharpened his faith.

At 8:00 p.m., GMC will follow Chapmans Faith & Fame debut with the series premiere of The Kitchen Sink, Gospel Music Channels new weekly hour-long music performance, news, entertainment and variety program which will be the only national show of its kind featuring Christian and gospel music. Faith & Fame: Steven Curtis Chapman will encore on Thanksgiving Day at 10:00 a.m. and 7:00 p.m. ET/PT. For all listings, check www.gospelmusicchannel.com.

Gospel Music Channel (www.gospelmusicchannel.com) is the nations first and only 24/7 all music television network devoted to the uplifting, inspiring and diverse music that is gospel/Christian music. It is one of the fastest-growing cable channels in television today; the network has doubled availability in 2007 alone and is now carried in all ten of the top ten markets and 22 of the top 25. Gospel Music Channel can be seen on various cable systems around the country. 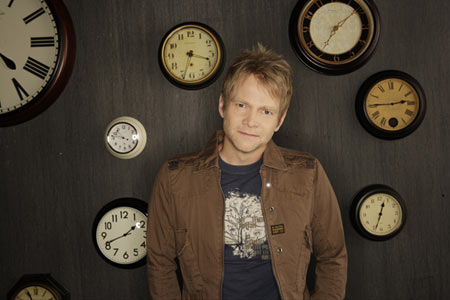