Produced by Ian Eskelin (Krystal Meyers, All Star United), who additionally co-wrote alongside lead singer Adam Agee on eight of the albums 11 tracks, Expect The Impossible is more sonically diverse than the bands previous projects, intended to connect with a wider audience.

Sonically, we wanted to shoot for a broader sound, says Eskelin. Stellar Kart has never been afraid to challenge the current trend, so we decided to incorporate some new elements. This album will please the bands die-hard punk fans while offering something to straight-up pop and rock lovers as well. The goal is to meet listeners where they are, driving an emotional connection to the music.

Among the projects recurring themes is that of striving to achieve ones best self in Christ. For instance, Shine Like The Stars calls believers to emanate Gods light in all circumstances, while I Give Up reflects the need for complete submission to Him. Also prevalent is the message of Gods faithfulness to those who love Him. Sunshine likens God to sunshine on a rainy day, and Pray urges listeners to hold on to the promise that help is on the way.

We talk with kids after concerts and are always hearing from youth leaders about the issues facing teens today, says frontman Agee. We wanted to write songs that would address such topics and encourage kids to expect God to work in their daily lives.

The records debut single, Jesus Loves You will be going for adds at both Christian Adult Contemporary and Christian Hit Radio Jan. 4, 2008. Additionally, Stellar Kart will kick off its annual Punk the Halls tour in late November, playing 25 dates in 27 days, while continuing as a headlining artist at Acquire the Fire events nationwide. For additional information, visit www.stellarkart.com or www.myspace.com/stellarkart.

Word Records punk pop rock band Stellar Kart launched onto the music scene with its 2005 release, All Gas. No Brake. The national debut landed Stellar Kart a Gospel Music Association Dove Award nomination for Best New Artist, and the band was honored as New Artist of the Year by readers of Ignite Your Faith magazine. In 2006, Stellar Kart debuted at No. 1 on SoundScans Christian retail chart with its sophomore release, We Cant Stand Sitting Down. Furthermore, the bands single, Me And Jesus, held the No. 1 spot at Christian Hit Radio for seven consecutive weeks. The group also received a 2007 Dove Award for Rock/Contemporary Recorded Song of the Year (Me And Jesus) as well as three other nominations in the categories Artist of the Year, Rock Recorded Song (Activate), and Rock/Contemporary Album (We Cant Stand Sitting Down). Additionally, Stellar Kart was recognized by SESAC with four 2007 National Performance Activity Awards. Last spring the band opened on newsboys wildly popular GO tour.

Word Records is a part of Word Label Group, a division of Word Entertainment, a Warner/Curb company. The artist roster heralds some of todays top Christian music performers and songwriters including Mark Schultz, Point Of Grace, Building 429, Nicole C. Mullen and Stellar Kart. The Word Label Group leads the industry with over 50 years of music-making history. 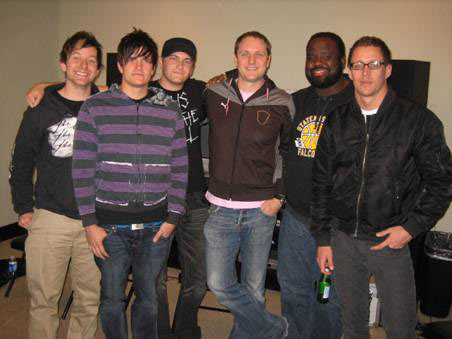