With the trio's third studio album, Captiva, having released this Fall, Falling Up is excited to announce upcoming tour plans for early 2008. The band writes...

"We are very excited to announce that we will be a part of TWO great upcoming tours in early 2008!!!

First, in Late January we will be joining up with FAMILY FORCE 5 for a national tour through mid-February! Then, in mid-February we will be joining up with THE AFTERS for another national run! These are two great opportunities for us as a band, and not only are we thrilled for all of you to come out to the shows, but we will be able to introduce many new fans to our music and live experience. Trust us when we say we are preparing very special shows for these runs! This is going to be the start of a very memorable 2008...and thanks to all of you for making 2007 special as well. 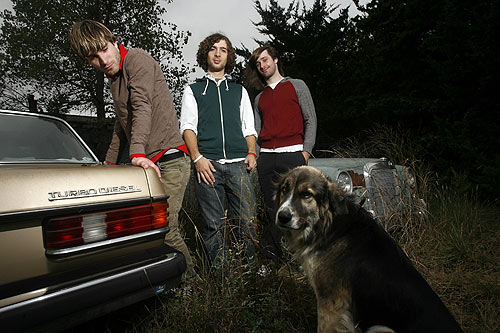