Nashville, TN (Feb 12, 2008) - 204 Records is pleased to announce that GRAMMY and Dove Award winner Ashley Cleveland took home the top prize in the Best Rock or Rap Gospel Album category at the 50th Annual GRAMMY Awards, which took place February 10, 2008 at the STAPLES Center in Los Angeles, Calif. The award, for her latest album, Before The Daylight's Shot, is Cleveland's third GRAMMY win.

"GRAMMY's not the only one that's 50," Cleveland said during her GRAMMY Award acceptance speech. "I just turned 51 a few days ago, and this is the nicest birthday present I could have imagined."

Before The Daylight's Shot showcases Cleveland at the height of her talents, relating her faith and experiences in a real way that connects with listeners on an emotional and spiritual level. Returning to her rock roots, she demonstrates her songwriting prowess on Before The Daylight's Shot, writing most of the album's cuts. Whether she's singing about purpose ("Ready Or Not"), faith ("Deeper Walk"), fulfillment (through her bluesy take on Stevie Wonder's "Higher Ground") or enduring married love ("Twilight Hour"), there's a clear-eyed maturity and depth of artistry that lifts her into an exclusive class.

Cleveland's sound is unmistakable with her blend of rock, blues, gospel and folk, exhibiting her distinctive brand of open-tuned guitar playing. The combination of her natural wonder of a voice and fierce songwriting talent has been captivating listeners since her 1991 debut. Beyond her own career, Cleveland is also one of Nashville's most in-demand session singers, having performed on over 300 albums for artists including Emmylou Harris, Jars Of Clay, Amy Grant, Faith Hill, Etta James, Pam Tillis and Michael McDonald. As a spokesperson for SHARE (Songs of Hope And Recovery for Everyone), Cleveland also regularly performs at national events focused on addiction recovery. 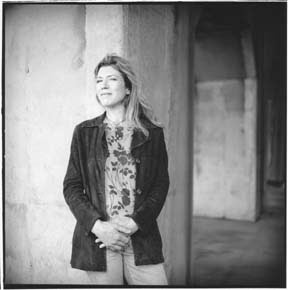