ORGANIC COLLECTION OF ORIGINAL SONGS
ON LET THE ROAD PAVE ITSELF, 2009 SOLO DEBUT 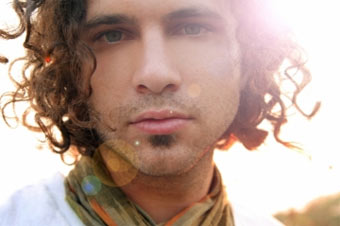 SEATTLE, WA...September 12, 2008...BEC Recordings is thrilled to announce the signing of pop acoustic artist Phillip LaRue to their roster. In addition to signing with the west coast-based label, Phillip has just placed the finishing touches on his honest, freewheeling spirited solo debut aptly titled, Let The Road Pave Itself, which is set to release first quarter 2009.

Being a part of a duo (LaRue) with his sister Natalie, and three albums and several charted pop hits before the group called it a day, Phillip is not new to the music industry. Also seasoned with producing roles with acts such as Over the Rhine, Dave Barnes and the recently rising band Tenth Avenue North as well as songwriting with the aforementioned band and the New Artist of the Year (2008), Brandon Heath, Phillip didn't jump into a solo album without giving it much ponder.

"I had always considered the solo thing but wanted it to be completely authentic in its expression," he says. "So much music is focus-grouped to death for fear of not being successful, and that's a tough place to be creative from. I'm fortunate to have found a label that said, 'You do what you do, and we'll do what we do.' That was my goal: to make a vulnerable record of my experiences that finds its way to wherever God wants it to go."

An authentic expression is exactly what resulted with Let The Road Pave Itself. Young but uniquely experienced, Phillip has an admirable grip on how to live, and the proof is written all over his debut solo album. An organic set of songs for the digital age, it was tracked live in the studio to an old fashioned two-inch tape reel, warmly capturing the sound of Phillip and his friends playing real time rock that's only ever concerned with life's deepest matters of love and faith. One such example is the debut radio single and opening track, "Chasing the Daylight," a stirring mid-tempo rocker that has seen dark times but still declares I want to chase the daylight like it's the last day of my life.

"I miss the vocal nuances I used to hear in the music my parents would put on at home," he shares. "That's another reason I wanted to record live with a band and keep a lot of first takes without fixing them up. The songs are here as they really happened. The whole process was a beautiful collaboration. As the songwriter I may have been holding the paintbrush, but everyone helped choose the colors."

Raw emotionally charged debut and artist authenticity is stirring excitement among those working with Phillip.

"Phillip is an extraordinary artist that I am so proud to work with," shares Mitchell Solarek President of Maximum Artist Management. "His ability to convey truth and honest emotion in his songwriting is inspiring. His ability to bring that talent to his live show is rare. I cannot wait for people to be introduced to such a exceptional artist."

For more information on Phillip LaRue and this upcoming debut, check out his newly launched MySpace at: www.myspace.com/philliplarue. In addition to a newly posted EPK, you can check out the upcoming radio single and opening track " Chasing the Daylight" on his MySpace page.

In anticipation of the early 2009 release, Phillip will be performing two showcases in Los Angeles next week (details below).