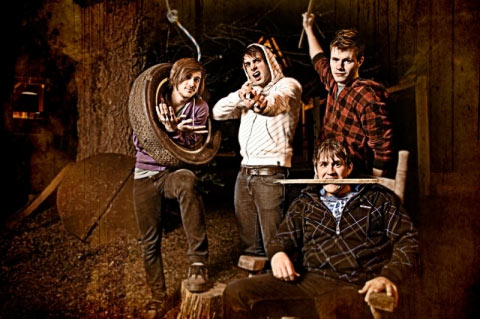 The follow-up to Everyday Sundays Inpop debut, Wake Up! Wake Up!, Best Night of Our Lives makes a power play in rock n roll with its booming title track Best Night of Our Lives about life-long friendship, and the full-force Breathing for Me, an anthem of surrender. The fullness of sound and lyric on Where I Ended reveals a passionate plea for escape and identity in God, while Here With Me strips down the sound to a pure acoustic melody.

There will be no doubt in anyones mind that this is a rock record, says Everyday Sunday frontman Trey Pearson. Its more forceful in a lot of ways; its definitely more mature. Its just the best album that any of us have ever been a part of.

Everyday Sunday has become a Christian music mainstay over the years due to relentless touring and incredible radio support, says Shara Katerberg-Hsu, director of marketing at Inpop Records. We look forward to the bands continued success with this great new album that once again raises the bar for Christian rock music.

The projects first two radio singles, Best Night of Our Lives and Where I Ended began vying for adds at Christian Rock and CHR, respectively, on Friday, March 27. The band has been playing music from its new record on the Acquire The Fire Here Comes Trouble tour, currently running through May.

Founded in 1999, Inpop Records is home to a variety of artists including newsboys, Superchick, Shane & Shane and Mat Kearney, among others. For more information, visit www.inpop.com.