John Eldridge said, You can sum up the Bible in two words: come closer.
Thats what I hope these songs do  bring people closer to Christ. -- Matt Maher 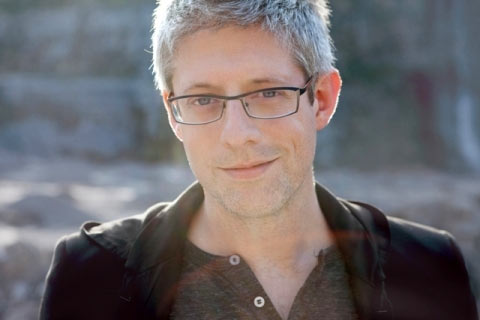 Alive Again, Mahers second studio recording with Essential records, solidly captures the penetrating spirit and charisma he has become known for in a live setting. Produced by Christopher Stevens (Delirious, tobyMac) and Paul Moak (Mat Kearney, CompassionArt), the 12-song album is both immediate and soulful. Matts addictive organic-pop sound melded with vulnerable and engaging lyrics make Alive Again a soundtrack for believers in both personal times of worship and corporate moments on Sunday mornings.

On a musical level, I feel more confident; like I have more freedom to make mistakes and to be more authentic than ever before, explains Maher. Theres a certain rawness on this album thats true to who I am and how I communicate.

The process of making the record was a communal experience, affirms Maher. The writing process was like prayer between two people as opposed to a typical writing session. ... These songs were not written about my faith, but from my faith. Theyre much more vulnerable and personal.

The first single Alive Again goes for adds on July 3. Matt shares, Alive Again is my attempt to use language and music in the form of a pop song to re-create the moment when God reached in and grabbed my heart for the very first time. Theres nothing more compelling than waking up in a dark world and knowing that God is fervently pursuing me and shouting my name -- even if, at first, I dont recognize His voice.

As a poet-musician, troubadour is a term readily used to describe the artful theologian. Thematically, Maher explains that his music is about recognizing the preeminence of Christ in the world around you.

You see the light before you see the sunrise, he says. God is ahead of us. Maher also takes a broader view than conventional thinking when it comes to the influence of worship in a persons life. I hope Alive Again prompts listeners to stop and ask some tough questions about who they are and where they are letting God maneuver in their hearts, he says.

Thanks to the international reach of songs hes written and his recording agreement with Essential Records, the last two years have taken Maher from full time ministry at his local church in Mesa, Arizona, to a high-profile platform, leading worship around the world. His instant classic, Your Grace Is Enough saw especially strong gains in church exposure during the spring and summer of 2008.

According to Christian Copyright Licensing International (CCLI), which tracks the popularity of music in churches across the U.S., Your Grace Is Enough was the 13th most popular song sung in churches in the United States for the April-September 2008 tracking period. At the time, the song was sung in nearly 150,000 CCLI licensed churches in the U.S., which translates to more than 5 million people singing this song.

About Matt Maher:
Matt Maher -- worship leader, songwriter, singer and recording artist, has taken his calling as a musical missionary to create a substantial impact on a national and global stage. As an award-winning songwriter, Maher gained notice as the co-writer of the internationally renowned modern-worship song, Your Grace Is Enough, recorded by Chris Tomlin.

Highly sought after for his poignant yet poetic writing style, Maher has recently had songs recorded by such artists as Tomlin; Bethany Dillon; Phillips, Craig & Dean; Brenton Brown and others. In addition, Mahers songs have appeared in the top 15 ranked songs on the CCLI chart, marking their popularity in church worship-services around the world.

Mahers major label debut, Empty & Beautiful (Essential Records 4/8/08), jumpstarted his work as a touring artist placing him in front of audiences worldwide, totaling more than 750,000 in 2008 alone. He has shared recent stages with artists such as Tomlin, Leeland, MercyMe, Michael W. Smith and Jeremy Camp, and was featured on the Worshiptogether.com Live Tour earlier this year.

His music, writing and live performances are intentional, compelling, experiential and draw people into a community of dependence on Christ. Hes not only a songwriter and worship leader; his ability to communicate allows him to facilitate community at the intersection where culture meets the church.

Amid busy touring and writing schedules, Maher finds it important to serve alongside ministries including Life Teen, Adore Ministries, and Catholic Relief Services while still playing an active role with Oregon Catholic Press spiritandsong.com. Further, he serves as a regular host for Worship Togethers Newsong Café. Maher, recently honored with a Praise Award as Worship Leaders Breakout Artist of 2008, has been featured on the covers of Breakaway and Christian Single, performed live on FOX & Friends, written for Billboard Magazine and is an active, bylined contributor to OnFaith.com (www.newsweek.washingtonpost.com/onfaith), an interactive conversation on religion.