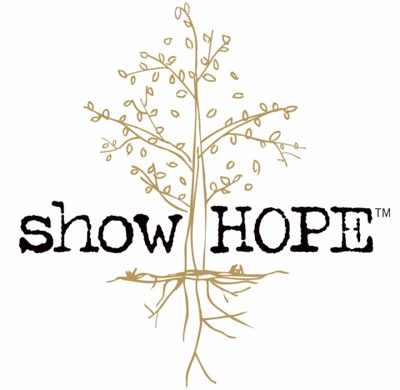 
This coming Tuesday, August 4th, the Christian Broadcasting Network (CBN) daily program, the "700 Club," will air a very special segment on the grand opening of Maria's Big House Of Hope. A local Chinese film crew was on hand to capture the opening, held July 2nd in Luoyang, China.

The unique piece will feature Steven Curtis Chapman and Mary Beth Chapman, their family and friends for the much-anticipated opening, named in honor of their daughter, Maria Sue. Funded by Show HOPE, this 60,000 square foot, six-story facility was created to care for special needs children in the Henan province, one of the poorest areas of China.

"The 700 Club" airs nationally on ABC Family as well as many other local broadcast stations. Choose
http://www.cbn.com/700club/ShowInfo/Schedule/schedule.aspx
to find a station in your area.

About Maria's Big House of Hope
Maria's Big House of Hope is a healing home dedicated to saving the lives of special needs orphans in China. Show HOPE is proud to open the doors to this exciting project that provides for orphans throughout the country who are in desperate need of surgeries and special medical attention, offering them the highest level of care and enabling the children to thrive. In turn, there is hope that this necessary medical attention increases the orphans chances of being adopted. The facility is named in loving memory of the Chapman's 5-year old daughter, Maria Sue Chunxi Chapman, whom they adopted from China in 2004 when she was just one year old.