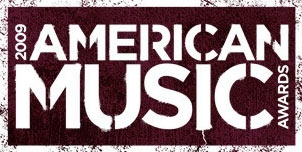 The live broadcast of the 2009 American Music Awards took place at the NOKIA Theatre L.A. LIVE on Sunday, November 22nd on ABC.

According to Billboard magazine, at #10, Mary Marys God In Me has earned the highest rank for a song that has spent 52 weeks on a chart in the Nielson SoundScan era (since 1992). The former record holder, R. Kellys Step In The Name Of Love, was number 11 after a year on the list. Mary Mary is now the only gospel act to have at least two top 10s this decade on the Hot R&B/Hip-Hop chart, Shackles (Praise You) peaked at No.9 in 2000. God In Me spent seven consecutive weeks at the #1 spot on Billboards Hot Gospel Songs chart.

"Get Up," the lead single from The Sound, earned the duo 2009's Best Gospel Performance Grammy® and a 2009 Dove Award for Urban Recorded Song of the Year. This is the pairs second Grammy® Award and seventh Dove Award to-date. Mary Mary also took this year's NAACP Image Award for Best Gospel Artist (Traditional or Contemporary) and performed "God In Me," with guest artist Queen Latifah, at the 2009 BET Awards, where the pair was named this year's Best Gospel Artist.