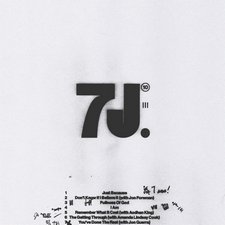 
At first blush, Judah's debut solo album doesn't break any new ground lyrically or musically, but a quick perusal of his life would reveal that this is purposeful. Needing to process grief at the sudden loss of a friend to suicide, Judah uses these seven simple expressions of hope in the face of pain as a personal catharsis. While there is still an over-dependence on the folk music staple of starting slow and building to a big rafter-raising-conclusion, he more than makes up for it with his sincerity. Enlisting the help of several friends as guest vocalists, the biggest highlights are on opener "Just Because," the Jon Foreman assisted "Don't Know if I Believe It" and the Jon Guerra feature on closer "You've Done the Rest." - 3/2/21 Josh Balogh