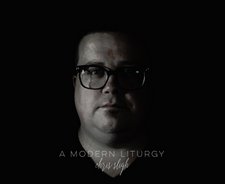 
Within a few years of the success Chris Sligh had seen on American Idol, he had grown into one of the industry's more prominent names and experienced a strong track record of both album sales and radio plays. But he left it behind in 2010 and ended up taking a nearly-seven year break from recording new original material while working as the worship pastor at several churches. But in late 2016, he made a very welcome return with the slightly-under-the-radar release of Mighty Roar / Healing Flood. His return was a success and it gave him the courage to pursue his next album, which was a passion project for Sligh nearly a decade in the making. Always intrigued and inspired by the liturgical practices of the Church and observing that classical composers almost always recorded at least one requiem mass (which was often regarded as their best work, or one of their best), Sligh decided to make his next album his own interpretation of the requiem liturgy.

In his effort to create A Modern Liturgy, Chris Sligh tasked himself with using translations of the original Latin texts used in the liturgies on classical times (though he did edit a few passages to more closely follow Protestant theology rather than the original Catholic) and following the same liturgical structure as commonly followed. Of course, Sligh is not the first person to create a modern musical project that that follows the classic liturgical structure (immediately coming to mind is David Crowder's own requiem mass from 2012 - highly stylized though it is - but the liturgical structure is being followed by more and more modern worship albums). But what Sligh has managed to do with his requiem that makes it stand out is that it sounds equal parts modern as it does classical. It is the closest Sligh has ever come to duplicating (and arguably even surpassing) the CCM excellence of his solo debut, Running Back To You, from 2008. One need not even know the album's source material in order to love the way this album sounds. It strikes all the right notes, hits all the right dynamics, is excellently-paced, and deserves to be heard from front-to-back (just as it is intended).

However, the "requiem" portion of the album only covers the first 28 minutes and seven songs, which is a problem if he wanted to release this excellent work as a full album. As a result, Sligh created seven more songs to create a "Side B" which are much more decidedly pop-based and modern CCM, each of which are lyrically based on themes that tie into death, joy and resurrection to remain consistent with the requiem of the first half. But there is little about the transition between the two halves that is truly smooth. Not only do they have wildly different lyrical and musical styles, but virtually every song on "Side B" follows a standard radio-single structure which can make it drag (especially when none of the songs from the first half followed that structure, making that half much more engaging and surprising). To be fair, there is definitely a reason Sligh markets this album as a "Side A"/"Side B" album - the two halves are meant to be distinct and wildly different. And also to be fair, "Side B," when listened to on its own and not immediately on the heels of "Side A," does feel more unique and natural, and the bright spots are allowed to shine more. "I'm Ready" is an excellent piece of modern CCM, as is the closing "Always."

Without a doubt, the best pieces here are contained in the first half, the "Requiem" half, of the album, and for a project ten years in the making, the final product is worth the wait. The second half isn't nearly as special and interesting, but it wasn't meant to be, and it does fulfill Sligh's purpose to make the album more accessible to traditional CCM audiences, as well as extending it out to a full-length LP rather than a long EP. I still think that if Sligh had put out the front half on its own, it could have been one of the year's better (perhaps even one of the best) releases overall, but at the same time, listeners are still getting that, plus more, so it's hard to truly complain about the final product. Just remember that by far the best way to hear this album is to listen to and experience the entire front half straight from start to finish.

A Modern Liturgy, the latest project from pop artist Chris Sligh, is a bold endeavor indeed. The first half of the album offers a contemporized (and alternative) take on the traditional Catholic liturgy. His reasoning and thought process behind this move is both admirable and valuable. Unfortunately, a bit too much of his pop roots clamp onto the songs at times, with the overuse of drum sets and modern instrumentation impeding the ambiance from being fully realized. The second half of the album is standard fare for a CCM project. As always, Sligh's vocals are fantastic throughout; it's just unfortunate that the ambitious liturgical side of the album wasn't released as a more toned-down stand-alone EP. "Introit," "Tract & Sequence," and "Agnes Dei" are among the album's strongest tracks if you're looking for a solid sampling. - 4/19/18, David Craft