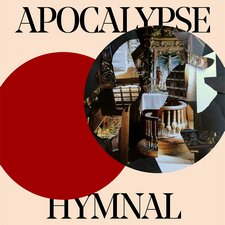 
A name like Apocalypse Hymnal will inspire a myriad of questions, the most curious, of course, is what such a collection of songs would even begin to sound like. Southern California-based worship duo Lovelite is definitely not unfamiliar with ambitious concepts and musical recipes that have been mostly untouched by the worship genre. The husband and wife duo began their run with two solid pop/rock records before truly stretching their creative muscles with the superb In Three Persons in 2012. Following the Hopeful Strangers EP in 2015, Lovelite has once again crafted another splendid offering with the ingenious Apocalypse Hymnal. Rather than aim to reflect the urgent and catastrophic portrait that's typical of the oft-fantasized apocalypse, Lovelite instead opts for a more hopeful response by using a kaleidoscope of sounds that moulds the chaos into something beautiful and redemptive.

Even on their earlier releases, Lovelite was never a been-there-and-done-that worship act as they always built on prior experiments and added more and more ideas to their musical palette. The dual vocals of Andrew and Jen Polfer have been a highlight of the group's music from the beginning. Even when they're clothed with autotune and reverb on this latest project, they never fail to be a delight. "Becoming Infinite" washes over the listener with an array of electronic flourishes, entrancing melodies, and Andrew's falsetto. Jen's vocals on the gorgeous "Magnificent Move" have never sounded more enchanting as she sings, "You broke and You healed my heart with one magnificent move / A galaxy of pain couldn't keep me away from You." Things take a more atmospheric turn with "GivUup" and "This Breath (Your Love)," both of which sound like lost highlights from Radiohead's Kid A. Speaking of Radiohead, it wouldn't be too far off to suggest that Lovelite has, indeed, channelled the English band's experimental spirit with this record. "This Breath (Your Love)" is among the best songs to be released this year and is quite unlike anything the Christian market has seen in some time, with its ambient leanings and new-wave textures. "Mercy Rain" is yet another notable song. Gradually building into a captivating bridge that longs for restoration and reconciliation ("Tear my heart open wide / Cure the poison of pride / I'm letting go of anger / Oh, my everlasting Prince of Peace"), "Mercy Rain" can be interpreted as the record's centrepiece and manifesto, taking the anger of today's world and turning it into compassion and mercy.

Apocalypse Hymnal may be the duo's most "out there" record to date, however, there lies a familiar pop undercurrent that holds it all together. The aforementioned "Magnificent Move" is a lush pop number that would find itself at home on any Hillsong United release. "To Be Loved," despite its rather immediate end, has a chorus that threatens to be stuck in the head of anyone who hears it. Or if you're looking for an acoustic ballad that draws out the emotions, the closer and title track fills in that slot nicely by recalling the liturgical sound of The Brilliance.

Overall, Apocalypse Hymnal is one of the most pleasant surprises of the year. Labelling modern worship as overly trite and cliche has become a sadly tired procedure among music critics, but albums like this are what make us excited for a time where such descriptions become the exception rather than the rule. This record is beautiful, so if you'd like to hear one of the best worship releases of 2018, make sure to open the pages of the Apocalypse Hymnal as soon as you can.