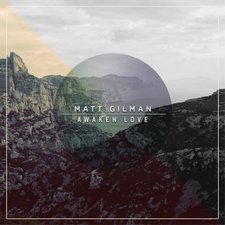 
It has long been said that a person never gets a second chance to make a first impression. If this venerable adage is, indeed, true, then the opening strains of Matt Gilman's second album, Awaken Love, ought to go a long way toward endearing him to those who are hearing his music for the first time. The opening cut, "As the Deer," is blessed with a rock-solid melody, mesmerizing high-lonely vocals and a gradually-building tempo, which works like a sort of aural undertow, bringing the listener slowly, but surely, into its grasp. The pair of tracks that follow - the grand, piano-driven "This Is My Beloved" and the letter-perfect pop number, "Eyes of Mercy" - each possess an effortless and grand beauty that renders them every bit as appealing as the opening tune.

From that point on, however, things take a decided turn toward the average. That's not to say that the material on the record, itself, is unpleasant. But, songs like "Every Captive Free," "New Jerusalem" and the title track, despite being sure-fire radio hits, don't bring much to the table that hasn't already been done, and heard, many times before. Devotees of the pop/worship genre will likely find Awaken Love roughly on par with the music to which they listen. For everyone else, though, the first three cuts, alone, may spark mild interest. But the remainder of the proceedings will likely convince them to take a pass on Gilman's sophomore project in the hopes that his next release will be graced with a more unique and engaging set of compositions.