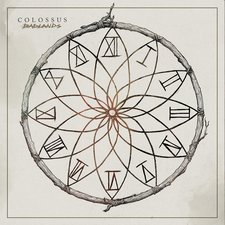 
Facedown Records had a seminal year last year with no fewer than half a dozen very stellar releases, and Colossus was a part of that outpouring with their debut, Time & Eternal. They did everything right and produced a high-quality and highly enjoyable, if not truly original, record. This time around, on Badlands, Colossus again leaves little to complain about. Armed with more quality production, a more progressive and eclectic sound, and an unashamedly dark lyrical approach, Badlands definitely looks to turn up what has admittedly been a quieter year for Facedown (quieter than last year at least). Starting with an effective instrumental prelude, "Demons" immediately starts out as the album's highlight, with a powerful breakdown and angsty lyrics calling to Jesus to save them from the demons that torment them. "Outcasts" is another highlight, with more frenzied and ambient guitars and vitrol-filled lyrics questioning non-believers why Christians are the ones always dragged through the mud. Throughout the album, Colossus presents us with solid breakdowns with a good mix of crisp percussion and lead guitar work that is sure to make any metalcore fan happy. Overall, lyrically, Badlands vents a lot of angst and frustration, and clearly this album has a lot to say. But hope does lurk behind their venting, such as in the thoroughly encouraging "Worthless," or the finale "Nicotine" where lead vocalist, Alex Gutzmer, longs to God for forgiveness and salvation. A powerful and quality album all around, and with definite areas of improvement over an already-strong debut, this four-man group from South Dakota is firmly establishing themselves as a force in Christian metalcore.