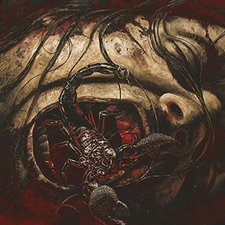 
A full 6 years after the Titan EP, metalcore giants Oh, Sleeper return with Bloodied // Unbowed. Ranging from anthemic to explosive to just plain dark, Oh, Sleeper's long-awaited return is certainly a metalcore roller coaster ride, but carries low points along with its highs.

"Let It Wave" punches the album open with traditional Oh, Sleeper energy. Shane Blay's catchy riffs layer perfectly with Zac Mayfield's solid drumming. Micah Kinard has shown a major improvement in his screaming, layering extra emotion into his impassioned shrieks. And although the band still doesn't have a full-time bassist, Shane Blay's work there is solid as well. With some excellent guitar solos thrown in (something never before seen on an Oh, Sleeper full-length), the band certainly hasn't lost any ground on the musicianship front.

Unfortunately, though, the songs themselves are somewhat hit-and-miss. The aforementioned "Let It Wave" channels great energy, but "Decimation & Burial" comes off as not much more than a slow-tempo breakdown session. "Two Ships" is an effective mid-album ballad calling to mind "The Color Theft" from their debut, but the piano-led "The Summit" only detracts from the end of the album with its repetitive hook and general lack of passion.

The lyrics, similarly, show great promise in some spots, but fall terribly flat in others. As promised, this whole album is a concept album--each song on the album contributing only to the story. But if the somewhat gory album art didn't tip you off, this isn't a happy, or even really inspiring, concept at all. The story revolves around two characters fighting in a resistance army against the same Titan Corporation from the EP bearing its name. One character, after seeing battle, deserts the army, mutinies against his ship captain, and attempts to build his own life himself, the other sticks with the army to make it all work. Both are reunited, scarred by their respective difficulties, but still unbowed in passion. But although some allegory could be made (deserting the Christian walk versus sticking through till the end?), the album simply lacks the allegorical mastery that defined Children of Fire. In addition, there is some disappointing (and entirely unnecessary) mild profanity sprinkled throughout some tracks. While the band has always sparked a bit of controversy, lines like "now I'm gonna build my own d*mn throne" ("The Island") and the unfortunate "imposter of me, b*stard of our dreams" ("Mutinous") come across as cheap attempts to heighten the emotion of the album, and ultimately weaken the songwriting.

But enough of this. Technically speaking, this album is masterful, and if you liked the Titan EP, you'll almost certainly love this album. But while everything here shows great promise for a band that's been away 6 years, the songwriting shows significant cracks. Still, the potential for a sequel is huge, and fans of this band are still strongly encouraged to give this album a listen. New listeners, though, are advised to listen to an earlier effort before checking out Bloodied // Unbowed.