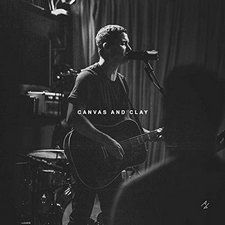 
The worship collective Housefires out of Atlanta, Georgia, began simply in 2014, meeting regularly to utilize the bare-bones acoustic live setting for extended times of worship through scripture and song. Pat Barrett was, and still is, one of a few singers to take lead on songs for their gatherings. Fully bursting onto the scene in 2016 with the co-written worldwide smash hit "Good Good Father," Pat Barrett quickly became a household name and began a solo career by signing as the first artist to Chris Tomlin's Bowyer & Bow record label in 2018. Churches the world over responded with warranted enthusiasm to the stripped-down guitar-led reminder of the goodness of God as our father, but would he be a one-hit-wonder, or have staying power? Rising to the challenge to follow up such a successful song, Barrett released his debut in the summer of 2018 to the same type of excitement from listeners with songs like "Build My Life," "The Way," "God Is So Good (You Are Worthy)," "Yes And Amen," and "Sails."

Hot on the heels of his solo debut, Barrett releases his second full-length album, titled Canvas & Clay. Returning to the live acoustic approach of his roots, this is another set of songs full of encouragement for the church. Gone are the occasional radio length tunes in favor of an entire album of extended, and unhurried choruses. These songs weave and wind their way along, as the unassuming melodies worm their way into the listener's consciousness.

Taking nearly an hour across ten (8 of which are all-new) songs, Barrett uses the time to allow for listeners to feel as if they are were present at the recording. While the two opening songs "This Is The Day" and "Let Everything (Praise The Lord)" may lack original titles, they both serve to set the tone for the album's thesis statement and third track, "Canvas And Clay." Using the familiar texts from Romans 8:28 and Ecclesiastes 3 as a source, "Canvas & Clay" doesn't fall into the potential cliché territory due to lines like, "I know nothing has been wasted/No failure or mistake/You're an artist and a potter/I'm the canvas and the clay." "You're Making Something Beautiful" is an extended and ad-libbed moment containing the truth that, "If It's not beautiful/You're not done with me." Other highlights of the album are "I Am Held" and "Better," with each featuring a strong chorus of background voices to help drive home the joy of being held and the reminder that His love is our ultimate treasure, respectively.

The only real criticisms of the album are similar to any review of a live album and largely depend on preference. There is the typical crowd noise, though thankfully it is devoid of in-between-song clapping. In addition, the occasional audience member breaks out in vocal agreement during moments of worship, though there is nothing too blatantly distracting. If listening to an album recorded live isn't your thing, this one likely won't be either. There isn't anything extremely deep offered by way of the lyrical department, or particularly interesting musically, as the album prefers to keep it simple. This is not a bad thing, though, as it allows listeners to stay focused on the object of affection. The length of the songs could be another issue for some, as they do take a repetitious and meandering approach, but this is again a matter of preference. One major point in favor of this release is that it plays like an actual service, moving participants from praise to worship, regardless of how the listener may currently feel.

Ultimately, the album ends with the determined declaration of its last two songs, which draw the album to a close while accepting the invitation to trust in God's continued faithfulness. All in all, this is a solid release for fans of Pat Barrett, and music designed to linger in extended moments of intimacy. This is an album best listened to in the background as you do other things, and after some time, you will find yourself humming along to choruses. If you are looking for two or three songs to download, I recommend "Canvas & Clay," "I Am Held," and "Better" as the cream of the crop. For a more concise and readily accessible listen, I highly recommend Barrett's self-titled debut from last year.