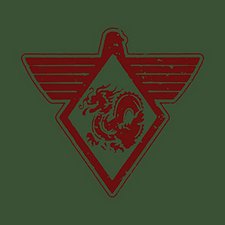 Project 86
Carol of the Bell(Tower)S - Single


Sadly, Project 86 will soon be ending their time as a band, but thankfully, they decided to go out in explosive fashion and one byproduct of this decision is their new, and probably last, Christmas single, titled "Carol of the Bell(tower)S."

This song has everything we love about Project 86, while still maintaining its classification as a Christmas song. The mixture between these two categories feels more natural than ever before when put into the context of the utter chaos that we as a culture have found ourselves living in. The song basically ponders what it would look like if the events presented in the book of Revelation were to come to fruition during the Christmas season and questions whether this would be the last Christmas ever.

I don't think this song should be viewed as a theological treatise on the book of Revelation, but with many Christians (whether you agree with them or not) wondering whether or not we are living in the end times, it is interesting to consider hypothetically what the Christmas season and the biblical apocalypse colliding would look like. And, of course, no better band would be fit for accomplishing this task than Project 86. Andrew Schwab's lyricism has always been very pessimistic, but never before has this band's lyrics seemed as relevant to us as listeners.

Musically, most of the song adheres the tune of the Christmas classic "Carol of the Bells." The song begins and ends with typical Project 86 eeriness. The verses also lean into this eeriness, while the chorus and bridge bring about a monstrous heaviness. Schwab's scream-singing mixture and creepy whispering are both used heavily throughout the song.

And the cherry on top is the reminder that we Christians constantly need to hold on to the belief that Jesus will return and restore all things. The bridge reminds us of this hopeful fate by repeating "The Spirit and the bride say come," the last uttering of which is loudly screamed and followed by the song's heaviest breakdown. This moment will leave your jaw dropped and add a great sense of completion and little glimmer of hope in what is mostly a pessimistic Christmas song.

If you love heavy music and Christmas music, but have difficulty finding combinations of the two that feel natural, then I highly recommend you check out this single. And even if you are a miserable grinch that absolutely hates Christmas music, you may find yourself actually enjoying this single.