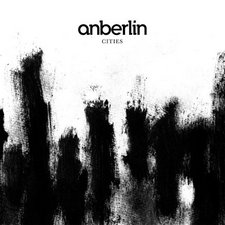 After two releases loaded with infectious post-emo flavored alt rock, Anberlin has become sort of a staple in the indie rock scene. The band returns for a third outing with Cities, a lyrical departure from their previous effort Never Take Friendship Personal, and musically the next step in the band's artistic evolution.

At first listen of Cities, it's clear there isn't a whole lot that's changed for Anberlin stylistically. If anything, there's a more mature and focused approach to their songwriting, with less concentration on fun than previous efforts (not that there's anything wrong with that). Anberlin's sound has always been a mixture of social reflection and a youthful excitement towards love and life. Cities strays a bit from this direction while maintaining the catchiness and sing-a-long-ability that their previous recordings offered their listeners. On Cities, the lyrics are just as often about love and relationships as they are about loneliness and struggles in life. Anberlin gets a little more sentimental romantically with the beautiful and melodious of "Inevitable" ("Do you remember when we were just kids / And cardboard boxes took us miles from what we would miss / ...I want to be your last first kiss that you ever have") and the soaring, anthemic "Dismantle Repair" ("The night was young and so were we / Talked about life, God, death and your family / ...Hands like secrets are the hardest thing to keep from you"). The guys also cover some heavier topics like depression and desperation in songs like the riffy call for help "Hello Alone" ("Is anybody out there? / Hello, hello / Broken hearts like promises / Are left for lesser knows / Is anybody out there? / Alone, alone"), the bitter "Reclusion," and the climactic closer "Fin" ("Aren't we all to you just lost causes? / Are we all to you lost?). But Cities contains within its moody streets its glimmers of hope as well. "Hello Alone" ends with a lyrical embrace ("From a lesser known / I'm here and there's hope / There's hope"), while "A Whisper & A Clamor" ambiguously references the Psalms to call our generation to action ("Clap your hands all yea children / There's a clamor in your whispering / Clap your hands tonight / Hear what the silence screams"). But in the end, Anberlin's cryptic songwriting leaves a lot open to interpretation as usual, which delivers the poetic and thoughtful musings at a bit of a price.

Musically, most of the songs on Cities are more melodic and crisply polished - almost to excess. Luckily the clean edge given to the song's sound doesn't rob them of their impact, although some of the heavier rock tracks might have benefited from more of a dirty guitar sound. But Cities is bold and brave in its execution and composition. Those expecting some drastic progression in style will be sorely disappointed as you can pretty much line up the Anberlin albums and play them through and notice mere subtle changes from one to the next. While there may seem to be less emo-pop influences as well as themes for young lovers on Cities, familiarity from the Anberlin formula is the base for the more solemn direction this album takes. In the end, it works, even if the band's musical growth doesn't seem all too severe.

While the songrwiting on Anberlin's third release is more weighty than their previous installments, the band sticks to what they know best to craft a pretty impressive batch of songs. For those looking for straightforward writing and clear messages, or for a record to lift the spirits, Cities is probably not the release for you. Some tracks will leave a few listeners scratching their heads as the band delivers an indie rock record with pop leanings full of lyrical meat to chew on. It may not reinvent the proverbial wheel, but Cities is probably just the rock release Anberlin fans and music lovers alike have been waiting for.