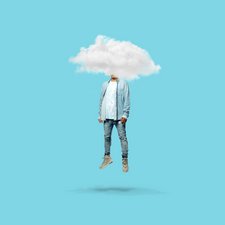 
Sometimes you just need a musical pick-me-up, a little boost of sugary-pop encouragement to get you moving. Former lead singer of the now-defunct band Royal Tailor, Tauren Wells obliges that hankering with his second solo outing, titled Citizen Of Heaven. Though the album isn't particularly innovative, it has many good things going for it. The production is crisp, the track listing is perfectly sequenced, guest vocals mostly deliver, everything is radio-ready, and it's fun to boot.

Kicking things off in a strong fashion is the trio of songs "Citizen of Heaven," "Like You Love Me," and "Close." After these three upbeat numbers set the table, Wells slows things down for the pop ballad "Perfect Peace," and Bethel Music's Jen Johnson lends her big voice to the worship ballad "Famous For (I Believe)." On the latter, Johnson blends in superbly, as well as matching his vocal acrobatics note for note. Falsetto reigns on "Millionaire (Good Like That)," which is just one of several songs that bear the vocal image of the late Michael Jackson and his unmistakable hiccups. It's obvious and comes across as an homage more than a rip-off in style, though some may find the vocal tics off-putting. Mid-song, Kirk Franklin shows up to join the party and adds his typical crowd hyping shout-outs to the gospel-infused tune.

Surprisingly, the latter half of the album has songs like "Done" and "Until Grace" that bear the fingerprints of the other big genre in Nashville: Country. Each of these songs could have made it on any number of modern country artists latest albums. The latter features a guest vocal from country superstars Rascal Flatts, and whether you like it or not will likely hinge on your opinion of the vocal timbre of Flatts lead singer Gary Levox. Sandwiched between these two songs is the Uber-catchy "Miracles," which gets this reviewer's vote for the album's most danceable and biggest ear-worm. The next two tracks, "Trenches" and "Love's Worth The Fight," are largely vanilla, regrettably dragging down the finish just slightly. However, Tauren closes the album on a high note with the vocal run-soaked "Carry On."

Following up 2017's well-received album, Hills And Valleys, was never going to be easy, but Citizen of Heaven ups the ante just slightly, edging out the former as a better overall album. By this reviewer's ears, it's also 2020's first strong pop-centric release of the year. If you are already a Tauren Wells fan, this a must-listen, and fans of radio-ready pop music should find plenty to like about the eclectic mix of songs as well.