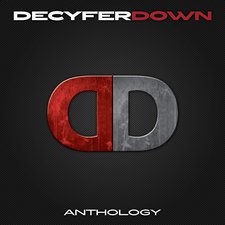 
After all the hype that Decyfer Down created about a new release in 2014, what the fan base ended up getting was simply an anthology, a compilation of Decyfer Down's previously written and published songs. Although the songs on this anthology are really good, this record, by itself, does not offer anything new to the crowd.

However, if one were to look at it from an optimistic point of view, this compilation is actually not a bad thing. It consists of hard rock songs from their first album, End of Grey, the catchy and semi-hard songs from their second album, Crash, as well as the southern-flavored soft songs from their last album, Scarecrow.

Now, even though these songs have been written and published already, it is good to have all different elements of their different albums in one compilation. While this is not much of an attention-grabber to the fans, it is a good record to share with people who have never heard of Decyfer Down, just to introduce them with their music. If you haven't listened to any of Decyfer Down's albums, you might wanna listen to their anthology. It gives the listener a perfect idea of the range of genres and stylistic elements that Decyfer Down has covered and displayed over the years in their albums. One may find it a good idea to gift this record to a friend or family member.

The first track on the list is "Crash," which was the title track of their second album. It is the perfect song to share in order to introduce Decyfer Down to those who aren't already aware of the band. While the track list has 13 songs, 8 of those songs have the band's current frontman, TJ Harris, on the vocals, and the remaining 5 songs have the former lead vocalist, Caleb Oliver. This is the band's first and only record to feature both of their lead vocalists. Speaking in terms of a song analyst, this record provides a way for the listener to compare the two distinct voices of the two gladiators who have led the band throughout the years.

Although this record does provide flexibility to a certain extent, one may find it a bad idea to involve heavy songs and soft, acoustic songs on the same record. If one were to listen to the entire record in sequence, the transition between the songs, in terms of musical aura, would be neither smooth, nor uniform. The tracklist is arranged in a manner in which one may go back-and-forth between heavy and soft songs--that is, if they choose to listen to the entire tracklist in sequence.

To conclude with my review, this compilation was a good idea for the band in the long run, to earn a little bit extra. But it doesn't exactly satisfy the fans who are thirsty for new songs, and wish to have something more dynamic brought to the table.