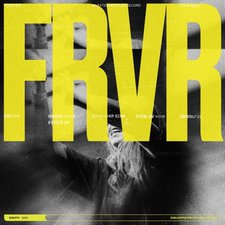 
When it dropped in early 2018, the CLRS EP from Equippers Revolution had just about everything going for it. Full of driving EDM rhythms and irresistibly catchy melody lines - all graced with a mesmerizing atmospheric production flourish - the second effort from the Revolution NZ youth movement worship team was a bona fide breath of fresh air.

At first blush, FRVR would appear to take over where CLRS left off. The leadoff number, "Future," bursts forth with dance-inducing beats that would be hard to resist by all but the most unresponsive of listeners. And slower mid-album tracks like "With Me Now" and "Lord and King" are sewn from the same ballad-leaning cloth as "Always Enough" from the previous extended player. A closer look at the latest outing, however, reveals that the songs themselves lack the underlying element that rendered the CLRS project so winning - a unique and memorable set of melodies upon which the cuts, themselves, were built.

To its credit, the Revolution collective deserves credit for dialing back the ambient embellishments this time around to keep FRVR from becoming merely a carbon copy of its predecessor. And when everything clicks, like it does on "Future" and "Lord and King," the results stand toe to toe with anything on CLRS. Unfortunately, though, the better portion of the new album is given over to mostly generic and lethargic material. All of which means that while FRVR is certainly an admirable excursion in theory, it turns out to be less impressive in actual practice.