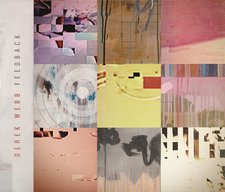 In late 2009, Derek Webb posted a surprising announcement on Twitter: "ok, i know i've joked about it before but it crystalized today and i've decided. seriously. i'm making a worship record this year." Somehow, it seems like the last thing one would expect from this singer/songwriter. After all, worship has become one of CCM's most commercial and, frankly, criticized genres, all too often associated more with repetitious praise choruses and predictable musical styles than high art. But for all the criticism it takes, worship through song is the original and truest form of Christian music, and perhaps this divisive nature makes it the perfect challenge for someone like Webb, an artist known for pushing his art and his audiences to go deeper and question assumptions.

After months of praying, contemplating, and wrestling through the project with Josh Moore and Sandra McCracken, Webb released Feedback in late 2010, a record that, in his own words, is "a worshipful, instrumental, electronic music recording, classically composed into three movements, based strictly on the structure and content of the 'Lord's Prayer.'" Yes, it's every bit as strange, conceptual, and ambitious as that sounds, and there is much beauty to be found in this sprawling electronic odyssey through one of history's most famous and beloved ancient prayers.

It's hard to put the sound of Feedback into words. It's a paradox, both structured and abstract. The first quirk is that it is "classically composed" into three continuous movements rather than a collection of songs. Like a three act play, each movement flows into the whole and encompasses a different section of the prayer with the nine tracks named after individual lines ("Our Father in Heaven," "Hallowed is Your Name," etc). That's as far as the literal structure goes; from there, it's a pure concept album, letting the meaning of familiar words guide the sound of the music. Each piece translates them into thick layers of sound, whether in the stirring reverence of "Our Father in Heaven," the haunting darkness of "Lead Us Not Into Temptation..." or the powerful crescendo of the closing music that melts into an impromptu coffee-shop chorus of "Amen."

Musically, Feedback furthers the electronic style Webb first explored in his 2009 record Stockholm Syndrome. While Stockholm played in an eclectic sandbox of everything from doo-wop and world music to hip-hop and dancefloor beats, this album ties his diverse influences into something more cohesive and nuanced, proving him as capable at composing music as he is penning lyrics. Each movement is composed in a style that reflects the mood of the prayer, whether in the big sonic landscapes of the praises to "our Father in Heaven," or in the raw sound of petitions for daily bread and forgiveness. Ambient sounds of footsteps, doors, and traffic are the only transitions between the movements, reminders of everyday life in the midst of the sacred. The music itself is rooted in electronica and synth styles, but the melodies are surprisingly organic, with touches of piano, guitar, and vocal flourishes that complement washes of synthetic sound in a very human way. This juxtaposition of the the human and the holy gives Feedback a sound as grand as the most powerful church music and intimate as a small worship gathering.

One more aspect worth noting is the physical version's packaging. With CD sales on the decline, it's a rare delight to find an album with careful attention to detail in the liner notes and artwork, and this is one of those exceptions. Two sets of small art prints by photographer Jeremy Cowart and painter Scott Erickson come with the CD, each abstract piece representing a line from the prayer. The trifold sleeve is beautifully designed as well, so the art feels like a true companion to the music instead of a mere extra. While one could certainly download a copy and enjoy the merits of music on its own, music fans might find the artistic presentation worth a little extra cost.

Derek Webb has been making creative, thought-provoking music for over a decade, and even though there is no shortage of projects on the horizon, whether producing, collaborating, or releasing his own solo work, Feedback just might be the album he was meant to make, something that feels unique and classic and authentic all at once. It's art, plain and simple, and a fresh look at what worship is and all it can be, as well as a wonderful soundtrack to prayer and contemplation. True, it's a complex piece that demands time to experience the music and reflect on all it says without words, but in the end, it is time well spent.