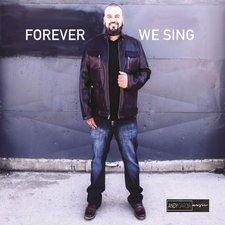 
Singer/songwriter Andy Garcia (not to be confused by the like-named actor of Oceans 11 and The Godfather III fame) is a worship leader and mentor hailing from the Greater Dallas area. True to his given profession, the better part of his most recent release, as evidenced by cover tunes like North Point InsideOut's "Death Was Arrested" and Jason Crabb's "He Won't Leave You There," slot in neatly alongside the now-ubiquitous pop/praise musical hybrid that has, slowly but surely, come to dominate the inspirational airwaves here in the post-"I Can Only Imagine" timeframe.

To his credit, Garcia does venture, albeit modestly, outside of the overfamiliar made-for-radio box in a few spots on the record. "All Hail," which pulls a portion of its lyrics from the 18th century hymn, "All Hail the Power of Jesus' Name," sports an infectious Europop vibe that renders it a joy to hear. The Phil Wickham cover, "Heaven Fall Down," by comparison, reminds listeners just how engaging the pop/rock of Third Day's Wire era really was. And the pop and blue-eyed soul underpinning of "Furious" is embellished with the occasional early '80s new wave flourish for a result that elevates the superb track to best-of-album status.

The sum total of this less-familiar-sounding material, though, still doesn't manage to catapult Garcia's latest project high enough above the masses of like-sounding artists to truly bring him into his own. Here and there, though, perhaps most noticeably on self-penned numbers like the soul-inflected "Forever We Sing (Magnify)" and the pop/country-inclined closing cut, "You and Me," one gets the sense that, should he decide to do so, the talented, sturdy-voiced Texan could probably string together ten or so of his own compositions and come up with a fairly impressive album in the process.