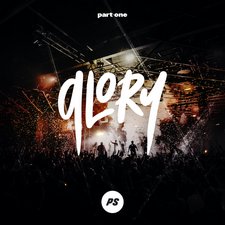 
It's getting so that you can set your calendar by the Planetshakers. Each of their albums as of late have been doled out as a trio of individual EPs, each spaced approximately three months apart, with the like-named corresponding full-up album - which features all of the cuts from its constituent extended players - usually hitting the shelves around the same time as the last EP in the set. True to form, the Aussie worship outfit's latest set of offerings looks set to adhere to that same pattern, with Glory, Part One having dropped in January and its successor, the aptly titled Glory, Part Two, just now seeing the light of day.

For the most part, the new release follows in a straight line from the group's last several EPs. A pair of enthusiastic faster tracks, in this case "Living Louder" and "So Good," are tossed off in quick succession, followed by a roughly equal number of softer, and often longer, worship ballads, represented here by "Encounter Song" and the likewise worshipful "All." To be fair, the proceedings, as a whole, are never less than pleasant and the group members seem both sincere and engaged in their delivery. In the same way, Glory 2 does shake up the well-worn formula ever so slightly, as evidenced by the alternating bass, drum and guitar solos found on "So Good" and what could broadly be labeled as the rock-oriented inclinations of "Living Louder."

But even these so-called departures from the signature Planetshakers sound are modest, at best, being neither noteworthy enough to win the approval of holdouts nor radical enough to completely alienate existing devotees. All of which means that, just like nearly every outing by the band over the past two years, those who are already in the fan base will almost surely be thrilled with Glory, Part Two's marked resemblance to that which has come before it, while just about everyone else familiar with the back catalog will likely wish that the PS collective would take a step back, allow the creative ground to lie fallow for more than just a few months, and come back refreshed and inspired to churn out something truly innovative and exciting.