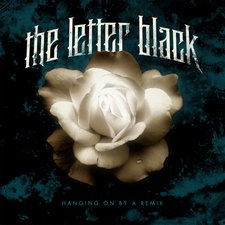 The Letter Black
Hanging On By A Remix

Upon hearing about The Letter Black's forthcoming Hanging On By A Remix, it's difficult not to immediately want to respond with an incredulous, "Why?" The band's debut album, Hanging On By A Thread released in 2010 and had been preceded by their Breaking The Silence EP in 2009, both presented by Tooth & Nail Records. Since then, the label has released a total of two Hanging On By A Thread Sessions EPs which contained b-sides, demos, and remixes (a third had been announced but has yet to be released). Two of the remixes featured on the iTunes-exclusive EPs reappear here ("Fire With Fire (N.Y.C. Amyl Nitrate Mix)" and "Moving On (Mike D's Knox-Vegas Remix)"), while six other original selections from Hanging On By A Thread are remixed, and two of the b-sides from the Sessions EPs are also given the remix treatment. Finally, three "brand new" songs are featured here in remix form, including a cover of Aerosmith's mega hit "Dream On." The end result plays out more like a decidedly industrial rock record than a diverse remix effort, which just might work better than the songs' original incarnations in the long run.

Hanging On By A Remix gets off to a bit of a rocky start with a remix of the b-side "Away From Me" before continuing on with a lackluster remix of "Moving On" (a song which doesn't need to appear twice on this project but does anyway). The "Dirty Lazer Mix" of "My Disease" washes over the standard modern rock sound with an industrial flavor that gives it a little extra appeal. The first new song, a remix take on "Better Luck Next Time," features less abrasive vocals from Sarah Anthony that work considerably better than how she normally sings, which ends up sounding more melodic, akin to something you might hear from Fireflight. Producer and "remixologist" Dirty Lazer reportedly remixed all of the tracks heard here, and for the most part his treatments of the songs are far more interesting and textured than the original versions. As a remix project, comparably, Hanging On By A Remix is more effective than last year's Awake and Remixed EP from Skillet. The remixes work well as alternate renditions of the songs instead of dance treatments or techno mixes that obliterate the song's original structure.

Another new recording, the "remix" of their cover of "Dream On," shows growth in the band musically, as well as from vocalist Sarah Anthony. On many of the band's rock songs, her unbridled vocal delivery sounds a bit more like an 80s bubblegum pop vocalist whose voice is being shoehorned into a hard rock format. While undoubtedly some fans of the band really enjoy this style, her more controlled approach to singing is far more impressive and appealing. It's these hints of progression in the band's efforts that make me curious about what the band may produce next. The last new song, "Perfect (Painful Mix)," works best when Anthony isn't overexerting her vocal power, but features more of her styling that, unfortunately, is widely used on most of the band's songs.

While some songs just can't even be helped by a remix ("Moving On," "Collapse" to name a couple), Hanging On By A Remix, for the most part, improves upon the modern rock sound that fans of the more dramatic, theatrical rock can't seem to get enough of. The industrial flavorings that drive the project are a nice touch, but after four Hanging On By A...-titled projects from The Letter Black, this band just really needs to release something completely new. There's certainly potential there for something greater from TLB, and there seem to be glimpses of that in the newer recordings, but until that happens, we have Hanging On By A Remix.

Two years ago, The Letter Black unleashed their guitar-crunching sensibilities in the form of Hanging On By A Thread. Though it went on to be one of the best-selling debuts in Tooth & Nail Records' history, their hard rock offering was less than impressive. However, Hanging On By A Remix serves to boost the band's favor with reimaginings of past TLB material, albeit with goofy remix titles. Instead of the grating hard rock sound they previously boasted, TLB uses an industrial flair on Hanging On By A Remix that, apart from the still-excruciating "Wounded" and "Fire With Fire," does improve upon their sound's imperfect precedent. Though sometimes it merely masks the unoriginal guitar riffs, the songs are all the more tolerable as a general rule (a respectable cover of Aerosmith's famous "Dream On" is even thrown in for good measure). Nevertheless, remixes can't completely save already-lacking originals, though, and when TLB's uninspired melodies and Sarah Anthony's irksome vocals (along with her unbearable screams) are left in the equation, the end result is still mediocre at best. Although a full-length remix record is an interesting entry in the band's catalog, both listeners who have yet to be won over and hardcore fans alike are hungry for a record of all-new material, and that, over a remix album, needs to come sooner rather than later. Still, Hanging On By A Remix brings The Letter Black one small step closer to becoming the great hard rock powerhouse they yearn to become in the industry. - Review date: 5/20/12, Roger Gelwicks of Jesusfreakhideout.com