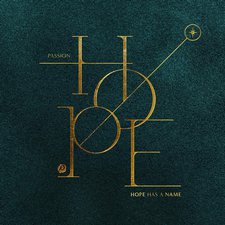 Passion
Hope Has A Name


Passion certainly doesn't need an introduction after over 20 years of cranking out music at their yearly conferences. They have had a deep and wide impact on the Christian music genre and have launched some of CCM's most well-known artists, like Charlie Hall, Chris Tomlin, and David Crowder just to name a few. While the original contributors have shuffled some in recent years, the collective continues to release highly popular music, with many songs finding regular rotation at churches across the globe. Now, with the extra time due to a worldwide pandemic, Passion accomplished a long-time goal, releasing their first-ever Christmas themed album.

Spanning seven total songs, featuring five all-new songs and two classic Christmas covers with a twist, Hope Has A Name treats listeners to some new tunes for the holidays. However, the question that this reviewer has when hearing the yearly crop of new Christmas releases is always, "will it add anything fresh and exciting, or will it be more of the same covers already heard ad nauseam?" Even more so, the question applies to a worship collective that has struggled to stand out in a crowded field of worship-based releases. Unfortunately, the answer for me is that Hope Has A Name does next to nothing to add to an over-saturated market. While I find their goal of keeping the gospel central to all the songs, the musical execution doesn't beg to be re-listened to; it just comes and goes with little impact. This is particularly true of the first four tracks, an almost sure "kiss of death" in the age of streaming music.

Opener "O Come All Ye Faithful" is given an all-new bridge addition, but at nearly four minutes into the song, many listeners may have already tuned out, thinking they had heard all that song had to offer. Both the title track and "Highest Halleluiah" suffer from sounding like b-sides to their typical yearly worship releases with a few "Christmas-y" words like "Emmanuel," "Angel," and "Peace" thrown into the mix. Maybe I'm alone in my expectations, but I was hoping for something other than more of the same. Crowder's cover of absolute Christmas 'must' "Oh Holy Night" is serviceable, but do we really need another cover of the song? It's nice to have Christmas songs carried by Crowder's distinct voice, but this cover is largely unnecessary.

All hope is not lost though, as the final three songs deliver some highs, with the soaring "Grace of God With Us" featuring Chidima, and the subdued and sweet closer, "Hush," featuring Melodie Malone being the cream of this crop. The former makes great use of a swelling lift to produce some emotional dynamics noticeably missing in the rest of the tracklist. "Hush" takes a piano-led lullaby approach in the front half of the song, while building nicely to a strong finish. All in all, Hope Has A Name could fit the bill for those who are fans of the Passion collective and the worship industry output of the last ten years. But, if you are looking for something fresh, new, and innovative in your Christmas music, you would be better served somewhere else.