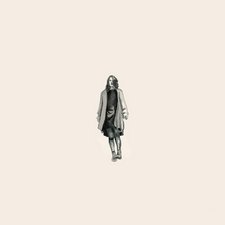 
Canadian worship artist Amanda Lindsey Cook has been releasing music since 2004, with her most recent being Brave New World in 2015. With four solo albums and several vocal awards, she brought a strong resume with her as she joined the expanded Bethel Church worship collective in 2018. In describing her recent absence from social media to prepare for what would become her new album she said, "I just needed to go quiet. I had to lean into the resting place that sound comes from." This year's House On A Hill is what came out of her two months in a house, tucked away in the wooded hills of Nashville. In short, she has revealed an album of ten, deeply personal, ambiently-washed songs. In this reviewer's opinion, the songs are best consumed alone in the quiet places where music can fill the space between the head and the heart. On one hand, the songs have plenty of time to breathe, and get to their destinations slowly, which is exactly the point of Cook's exercise in secluded stillness. On the other hand, the album is a big investment at nearly an hour for a slim ten songs. Though not an album for everyone, those with the patience to stick around for multiple spins will begin to hear nuances within songs, that at first blush could sound redundant.

She kicks the album off with "Awakening" and its surprisingly mid-tempo pace, until the last third of the song. At that point, the song builds to a drum crashing crescendo with accompanying guitars and impassioned vocals from Cook, producing a satisfying beginning to the album. Another highlight, "Not Going Anywhere," brings with it a musical backdrop akin to veteran artist Plumb, or more recent solo artist Ledger. Within, she reminds herself that God isn't going anywhere "even when fear is standing on my chest." The power of her vocals as she nears the last minute of the track sets the tone for the album perfectly. From there, Cook slides into the piano based title track, "House On A Hill," which contains this heartfelt thought from the Father to His daughter, "Allow me to introduce myself again/I'm the One that knew you before time began/I've been waiting for you to let me be your friend/Everything you every need is everything I am/I Am, I Am, I Am." "Water Under The Bridge" is another standout, featuring synthesizer accents and a message on forgiveness. Perhaps intentional, "Water Under The Bridge" is the shortest song, with the least amount of lyrics. I find this fascinating in regards to other song titles and topics like "The Clearing" and "Evergreen." Could it be that Cook is offering a nod to the initial act of forgiveness, which offers immediate relief, but will often require a regular choice to forgive with each new day? Maybe not, but it struck me in that fashion, and it is worthy of further consideration. Last song of note is "I Am - Because You Are," which is a plea to be "taken back to simple things/where innocence was everything/like a child my song would be unrehearsed/wild and free." Thunderous drums return, and Cook's soaring voice gives way to a tender ending, guided by sweet vocals and piano as she sings, "I'm loved because You're love/and that will be enough."

Not everything is perfect on House On A Hill; as previously mentioned, to get the best from the album, it will require a large time investment. Some songs like "Comforter," "Evergreen," and "Love Will Never Fail" are borderline forgettable musically, though they all contain worthwhile lyrical messages. Also, some work still needs to be done to pair Amanda's voice better to the faster paced songs, as she shines best in the slow or mid-tempo groove. All things considered, this is a solid release from a fantastic vocalist that shares her personal journey with anxiety, fear, doubt, and walking in forgiveness to the benefit of those with similar struggles.

As a more personal expression of worship, House On A Hill is not as corporately accessible as other releases in the genre, but it still has great value to the body of Christ. This is an album for truly quiet times, and this listener found that the best experience with the album was as worshipful background music, or in a set of headphones to catch the quiet subtleties. House On A Hill is certainly recommended for fans of Amanda Lindsey Cook, or to those in search of contemplative, gentle encouragements, marked by a terrific singer. This reviewer has been touched by the following sentiment from the title track, "some things you can't know till you're still." Would it be that we all get away to slow down from the manic pace of life to "be still and know that He is God." (Psalm 46:10)