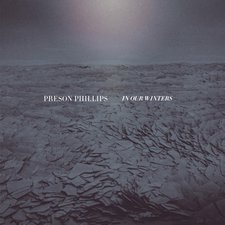 Preson Phillips
In Our Winters

From 2008 to 2011, Floridian singer/songwriter Preson Phillips managed to stay busy with releasing new music. But since his 2011 album, Wrath, no new recorded material has made its way into fans' hands. But Phillips has been working hard on some new songs, and his latest album, In Our Winters, is finally available.

Phillips has stepped up the game considerably this time around, which is really saying something, considering how good all of his previous releases are. He also experimented with the sound a little bit more. There's still the classic folky acoustic sound in tracks like "Come Down Father," "Lift Up The Gates," and "Lamb of God," which are all magnificent in their own rights. But In Our Winters incorporates more southern rock and alternative, as evident in "Wayfaring Stranger" and "Riverbed," respectively. "Wayfaring Stranger" is an old folk song (according to Wikipedia, it probably originated in the 19th century) that has been covered by Ed Sheeran, Emmylou Harris, Johnny Cash, and others. Phillips' rendition is the first track, and it sounds like it could be on a southern rock soundtrack to O Brother, Where Art Thou?. "Riverbed," however, sounds like Phillips took some major cues from mid-90s Pearl Jam (listen to the opening riff). The experimentation sounds completely natural though, and never, at any time, does it sound like Phillips and his band are trying to be something they're not.

If you've followed Preson Phillips in the past and enjoyed what you've heard, In Our Winters is a more-than-worthy follow-up. If you haven't, but you enjoy folk, southern rock, hymns, or good music in general, this is an album for you.

[Note: Those who have relied on getting free downloads through Come&Live! in the past to get Phillips' music will have to resort to actually putting some money down this time around, but trust me, it's worth every dollar.]