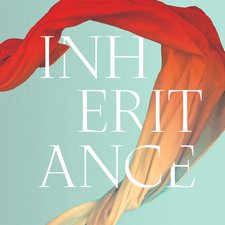 
Ever since Audrey Assad returned to the independent ranks to release future music in 2012, she's taken the pop singer/songwriter approach to create music exclusively for the Church. 2013's Fortunate Fall was meant to be a soundtrack to prayer, while one year later, the EP Death, Be Not Proud served as a companion piece that specifically reflected on the precious nature of life (inspired by Assad's pregnancy with her first child). Then comes Inheritance, a hymns album, which proves to be Assad's most ambitious, and potentially most rewarding, project yet.

Given that Assad has largely been a liturgy-inspired songwriter for some years now, a hymns record is entirely in her wheelhouse, and though much of the lyrics were already written this time, Inheritance is only a project she could design. Covers of classic hymns are only as good as their creative insight, and that's where Inheritance is a cut above most albums of its kind. Without butchering these classics with added choruses or using other means to render these songs unrecognizable, Assad uses her contemporary stylings to adapt these hymns to her own fresh treatment. In pure Audrey Assad fashion, it's largely a keyboard-driven effort from start to finish, but there's an atmospheric quality here, somewhat similar to that of Fortunate Fall, that makes Inheritance a more complex listen than it first seems. Assad likens this latest effort to a film score, and it's an accurate comparison with the sweeping soundscapes, and every instrument serving to capture one moment at a time with patience.

From the light percussion on "How Can I Keep From Singing" to the simple closing track "Abide With Me," Inheritance works well both in parts and as a collective whole. To help establish an "album statement," the Latin opener "Ubi Caritas" serves as a prelude of sorts for the album that's also firmly rooted in Assad's Catholic tradition. This isn't unusual for Assad; some listeners might remember her brief appearance on the Latin interlude "Iesu, Dulcis Memoria" on Tenth Avenue North's Cathedrals. "Ubi Caritas," along with "Jesus' Blood Never Failed Me Yet" and "I Wonder As I Wander," serve as drawn-out reflective moments, not unlike the quieter moments on the prayerful Fortunate Fall, and it's part of what gives the album its full effect.

"Holy, Holy, Holy," "Be Thou My Vision" and "It Is Well With My Soul" are the best known hymns featured here, which therefore means they have the highest risk of having the least interesting arrangements here. Assad absolutely does them justice, however, and her vocal styling is able to capture the sweetness of these rich lyrics written centuries ago, and believers of any age can appreciate her efforts to contemporize these enduring standbys. "Oh, the Deep, Deep Love of Jesus," however, features a brand new arrangement (based on the hymn "Morning Has Broken," previously made famous by Cat Stevens), using only strings and keys to accomplish a certain serenity that the original melody simply doesn't have (Fernando Ortega's complementing background vocals on the track certainly don't hurt, either). Assad masters the trick of respecting the hymns' age while looking ahead to build upon these songs' ageless status.

The album's two completely original tracks can't go without mention, of course. What might be the album's crowning achievement is "New Every Morning," an expertly-written track that seamlessly connects the "In the beginning" lines of John 1 and Genesis 1. Though it doesn't necessarily fit the standard arrangement of a hymn, the song stands out as it builds up tremendously, and the simple refrain grounds the track in the reality of God's renewing graces ("Your mercies are new, Your mercies are new, new every morning"). The album's other original, "Even Unto Death," serves to recall Jesus as the just reward awaiting every believer ("Jesus you are my only hope/and You my prize shall be/Jesus, you are my glory now and in eternity/Lover of my soul, even unto death/with my every breath, I will love you").

Walking the tightrope between reverence and innovation, Inheritance is Audrey Assad's latest triumph. It's so rare for a hymns project to turn out this balanced, and it only demonstrates further how much Assad has grown both in her craft and in her efforts to give the Church something new to artistically appreciate. Definitely a landmark album for the year, this is a valuable Inheritance, indeed.