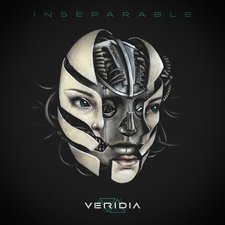 
Female-led bands are a rarity in the rock universe, and even more so within Christian music. The assessments are generally mixed among those available, with the exception of Flyleaf during the Lacey Sturm era which has been regarded as one of the finest moments in female Christian hard rock history. Veridia (meaning "of truth") arrives with an EP that delves into an electronic (with some hard rock) sound that is quite unique.

The album kicks off with a very notable song, "We are the Brave." The song is a depiction of having a strong faith that's not afraid of change or a challenge that is faced throughout life. Although the lyrics are not exactly advanced, it doesn't matter because, really, it's all about having a great sequence, variation throughout the tunes, and keeping the listener from becoming bored with a predictable rhyme (ex. The Letter Black). "Disconnected" has some universal appeal that branches out to pop crowds as well as having a techno-dance vibe. It focuses on why people need to stop being critical of everyone else and become more encouraging.

Next, "Furious Love" emerges as one of the highlights on this EP. It's like a flashback to the glory days of the early 90s arena sound when background harmonies coupled choruses. This song could just as easily have accompanied the closing credits for a great action movie. "Mechanical Planet" has a science fiction feel to it as the title suggests. It focuses on how our lives have meaning and that earth is a temporary placement: "You were made for perfection / Not created defective on this mechanical planet / You were not meant to be just some broken machine on this mechanical planet." "Mystery of the Invisible" finishes as a pretty respectable ballad about knowing that God is there even though we cannot see him now: "I've felt the chills of the cool, cool wind / I've tasted the sweet before / Been lost in the beautiful / The powerful mystery of the invisible."

Deena Jakoub provides some pretty remarkable vocals throughout this album. It's not often that an artist can put out a fine debut project like this. After some fans have stressed displeasure with so many dramatic changes in other female fronted bands, Veridia could be a very welcome surprise with this 2014 EP, along with an expected release sometime this year.