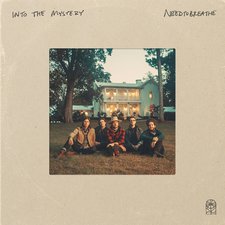 NEEDTOBREATHE
Into The Mystery


Studio album number eight for the seasoned band NEEDTOBREATHE finds the fellas in a more subdued and reflective state of mind. Time off from the road for two years gave the prolific group a chance to release not one, but two albums before the first anniversary of the excellent 2020 album, Out of Body. Recorded in a cabin deep in the woods of Tennessee over only twenty-one days, Into the Mystery has the intimate feel of guys and their guitars sitting around a campfire singing late into the night. There are a few up-tempo moments, but nary a full-out rocker like "Ooh Ahh" or even last year's "Riding High." That's no complaint; it's simply worth noting for those curious what kind of album to expect.

Thankfully, outside of the primarily lower and slower tempo, the other earmarks of typical NEEDTOBREATHE are present. Bear Rinehearts lyrics are still top-notch, and his voice still sounds great. What we do get as a result of the laid-back stylings is a greater focus on all vocals. This is highly evident right off the bat with the first two songs, What Im Here For and the title track. This tune will make for a great concert moment with all vocalists singing into one mic. That three-part vocal stacking harmony is simply sublime.

Other highlights are the guest features from reliable Jon Foreman and Country diva Carrie Underwood on Carry Me and I Wanna Remember." The former utilizes a country shuffle, and the latter is a perfect pairing of two great vocalists. Three others that caught my ear specifically are the drum-heavy "Sunshine," the breezy road trip tune "Sittin' in the Backseat (Undefeated)" and the terrific ballad "Chances." The guitar flourishes in the latter half of the war-weary "Chances," specifically, stand out as a nice touch.

A lyrical highpoint would be the worshipful "I Am Yours," which finds Rineheart singing in amazement, It seems like madness/I'm invited/To the table by your side /I am yours/And you are mine." It's certainly not a new statement, but always a profound one, when a human recognizes the love God has for His chief creation. In addition, "Chances" has some great lines in the chorus, "It's always hard to find/The courage to start dancing/But I am determined to/Take my chances/Peace can be hard to find/In all this misunderstanding/But I am determined to/Take my chances. After having spent more time with them as early released singles, both "Into the Mystery" and "Chances" stood out as favorites, and after hearing the rest of the tracklist, that doesn't change.

While Into the Mystery is a fine album in its own right, it doesnt quite measure up to past gems like The Outsiders, The Reckoning, and Rivers in the Wasteland---or even the fresher Out of Body for that matter. Undoubtedly, it has several standout songs, but the overall cohesion of the theme is lacking. In addition, a few filler songs that feel more like B-sides not fully developed are the only minor complaints to levy at the album.

Ultimately, NEEDTOBREATHE has reached the rarified air for this reviewer of being trusted to always release an album of good songs. That is to say, if I was able to avoid listening to any of the singles, then I could purchase or pre-order without fear of not liking whatever they released. I may not enjoy this album to the same degree of past work, but it's just barely. Astoundingly their fifteen-year recording career has never had a swing-and-a-miss. This streak continues with Into the Mystery, and it's made for a must-listen of 2021. Fans of the band and listeners who enjoy high-quality southern rock should definitely give this one a few spins.

Into The Mystery, NEEDTOBREATHEs new, surprising album (coming less than a year after the fine Out Of Body), is as tranquil, inviting and sturdy as the glowing house on the albums cover. Written and recorded in a very short time period in that very same structure, the albums sense of warmth and togetherness weave in and out of the songs like a patch of sunlight. The bands lead songwriter Bear Rinehart doesnt get nearly the credit he deserves for his poignant lyricism and thoughtful, intimate songwriting. With Into The Mystery following a more mellow road, and the guitar bombast of the past largely traded in for a more folk rock approach (think classic Van Morrison and Bob Dylan, or more recent troubadours like The Lumineers or Mumford & Sons), Rineharts lyrics sit front and center in an elegant display of a thinking mans faith. With a theme of reflection and possibility (with the wonderful title track encouraging the believer to embrace the times they are not in control), the album feels like a throwback to an earlier era of musical craftmanship. This one is a late summer delight. - Review date: 7/29/21, Alex Caldwell of Jesusfreakhideout.com

After getting back to business with last year's Out of Body, NEEDTOBREATHE is refusing to take it slow. Into the Mystery features the level of lyricism you would expect from the CCM mainstays, but it seems to be missing something musically. That's not to say that the music is bad; this talented bunch sounds great the whole way through and they doesn't tend to fall flat on their portion of the songwriting process. But with the band's unorthodox approach to the creation of this album, it feels like the NEEDTOBREATHE charm that accompanied albums like The Reckoning or Rivers in the Wasteland is mostly absent. Again, Into the Mystery is not a bad record, it's just largely forgettable. - 7/29/21 Scott Fryberger

NEEDTOBREATHE's Into The Mystery is an intimate, southern/folk rock album that seems to equally represent NEEDTOBREATHE's past and present in sound and theme. Musically probably closer to albums like The Heat and Rivers in the Wasteland, this collection of songs is definitely the band's most spiritually-charged project thematically, as Bear Rinehart offers some of his best vocal work today while singing about salvation in Jesus in "Innocence," admitting a need for God in "What I'm Here For," and exploring what it means to believe in the title track. The exploration of the Christian life, while also singing about love and growing up ("I Wanna Remember," "Sittin' In The Backseat," "West Texas Wind"), is what used to make Christian music so exciting and inspiring in the past, and NEEDTOBREATHE captures it in an interesting and worshipful way on Into The Mystery. - 7/29/21 John DiBiase

Barely a year since their last release, NEEDTOBREATHE is back with Into the Mystery, an album that feels like a sequel to Out of Body. If last year's record felt like the band was pushing in more overtly spiritual directions, this new one confirms it. The whole first half of the record feels more blatant about faith, with standouts like "What I'm Here For," "Carry Me," and "I Am Yours." The back half feels more relational or reflecting on life with its ups and downs, whether from wistful youth on "Sittin' in the Backseat," broken relationships on "Don't Throw All the Good Things Away," or weighing one's life in the closer, "West Texas Wind." Overall, it's another solid album from the veteran band. It doesn't feel like as much of a standout as previous efforts, but it's worth a listen all the same. - 8/12/21 John Underdown