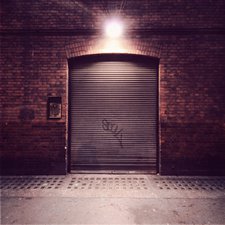 Scribbling Idiots is a collective of extremely talented Christian hip-hop artists. The core group is Cas Metah, JustME, Theory Hazit, Wonder Brown, and Mouf Warren, but many others represent as part of the Scribbling Idiots crew. It's been six years since their last full-length LP, The Have Nots. It's now 2014 and the SI crew is back with a vengeance. Invitation Only has a classic feel as the boom-bap sound dominates the record. However, the music that accompanies is so varied, interesting, and different from track to track. From jazz, to blues, to classic hip-hop, you never know what you're going to get. You will be hard-pressed to find another hip-hop album this interesting from a musical standpoint. On top of the core SI members, Invitation Only features several great guest appearances. Playdough, Sev Statik, RedCloud, Propaganda, k-Drama, and KJ-52 highlight a few. Even former SI alum Ruffian, who died in June of 2012, is featured on a couple of tracks.

There is no doubting the greatness of this album. There is more talent present on this one release than you may find on two or three other records combined. The music is engaging and keeps you fully interested throughout the old school feel of the beats. All of the emcees are tight in their flows and they seem to feed off of one another as many times the track gets better with each verse. I'm personally not a KJ fan, but he was given the honor of having the first spot on the album. KJ knocked it out of the park and proved he has the ability to hang with the elite of Christian hip-hop.

Lyrically is where the album will draw the ire of some. There are plenty of Godly ryhmes and verses, but some of the lyrics are a bit crude. While nothing is outright vulgar, there is definitely some content that may cause offense to certain ears. There are several questionable uses of the word "hell" as well as one iffy use of "damn." Another example of crude lyricism comes from Ruslan in the song "Watch Out" as he raps, "Rappin' just to get famous, that crap comes from the anus." Yet another is from Mouf Warren's verse on "Shoulda, Coulda, Woulda's." He raps, "I put myself in this position. I never listen instead I was dissin' and pissin' everyone off and now I'm livin' with consequences, regrets, depressed because I have messed everything up...". This song actually contains one of the more challenging messages on the album. The chorus says, "I know I shoulda started day right, bright and early. I coulda been observing Your words to heal my hurting. I woulda meditated in silence to clear the fear and doubt that cloud my thoughts -- It's just a bunch of excuses." "She Got Me," at first listen, sounds like it may be glorifying sexual impurity, but Sintax the Terrific brings it home in the final verse when he raps, "Loving me free of what I never will be; my wife, God bless her, yo she still got me." One other line that may unjustly receive criticism is found in "Old Heads." The lyrics talk about the history of hip-hop and the current state of the genre. muzeOne raps, "Lil' Wayne is Busta Rhymes with half the skill and twice the pay. T-Pain is Biz Markie without a limit to his shame. The Ying-Yang Twins are Das EFX in twenty years. And Soulja Boy is sounding like me after twenty beers." In no way should that final line be equated to alcoholism or that heavy drinking is condoned. In the context of the lyrics, it should be taken only as a strong dis; therefore the extreme number of beers.

Other than some occasional crudeness, the record is full of clever lyrics and spiritually relevant messages. There are also several references to The Tunnel Rats and Deepspace5 found throughout. This is undoubtedly due to the vast number of artists that were/are part of those crews. One of my favorite lines comes from RedCloud in "Victorious." RedCloud spits, "I'm 1/16th white, but I just can't prove it." When put in the perspective of how many people are trying to prove they are part Native American for a cash payout, this ironic line strikes gold. Another shining example is found in "Nothing to Prove." Sundance raps, "When God loves you and you return the favor; it's like you can taste the flavor of the Savior." There are simply too many positive areas to point out, but if you're looking for the best of the best, check out "Old Heads," "Watch Out," "She Got Me," "Here We Go," "Nothing to Prove," "Shoulda, Coulda, Woulda's," and "Victorious."

Scribbling Idiots have created something truly amazing after a long dormant period. Invitation Only is a project that lands on the level of something along The Tunnel Rats' 2001 classic Tunnel Vision. The music, talent, flows, and overwhelming honesty found here are unlikely to be rivaled any time soon. In fact, the brash lyrical content is the only thing that keeps this album from a perfect rating. Scribbling Idiots are likely to fly completely under the radar, but any fan of hip-hop should give this record at least one spin; disappointment is extremely doubtful. However, if you are easily offended, you may want to skip this one. Hopefully we will see a resurgence in this style of hip-hop. A new Tunnel Rats and Deepspace5 album would be a great follow up.