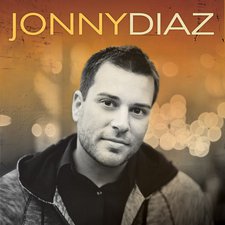 Back in 2009, Jonny Diaz released his first major label record, More Beautiful You, which earned him a "New Artist of the Year" nomination at last year's Dove awards. Two years later, the infectious pop sound and worshipful lyrics return on his self-titled release with similar success.

"Delights In You" starts things off with a mix of strong musicianship and encouraging lyrics. One can't help but draw comparisons to the last record's single, "More Beautiful You," with a message countering our perceived flaws with God's love for us. Switching the focus, the next song turns to our relationships with each other, "So help me see through the eyes of the hurting True grace sees a face not a burden, Come break my heart."

Throughout the entirety of the album there is a positive, inspirational ambience. "God Is Watching" and "Weeps For You" are prime examples of this. Several tough, seemingly impossible situations are laid out in the verses, only to be reassured of God's presence, power, and love during the choruses. "Here and Someday" is another song that stays with this theme, but takes a slightly different approach. Instead of pointing to God like the other songs do, this time Diaz tells the listener that it's quite all right to be angry, sad and doubtful, "I know that there will come a day when I look back on this time and say this was all part of His plan, Someday I'll understand."

One major downside to many pop records is how many of the songs just sound too similar musically. While Diaz doesn't avoid this problem completely, he does manage to add some elements here and there to help the songs distinguish themselves from one another. In "Figured Out," for example, some horns are added in with effective results. Two of the twelve tracks are significantly softer than the rest of the pack. One of these somber tunes is "Love I'm Living For," a beautiful love song written for Jonny's wife. The story tells of two different loves, one of an old couple and one of a young couple. About the track, Diaz comments, "This song is my attempt to tell my wife, Libby, that I want to love her in both of these ways." The other track that got the toned-down treatment is "What Water Can Do." This reflective piece owes its origins to a flood that God used to bring a community closer together.

After exploring the emotional depths behind God bringing beauty out of tragedy, the album does a complete one-eighty with a closing number about Chick-Fil-A. For those worried that this may be a rip-off of the Tim Hawkins song about the same fast food place, rest assured that this ode is filled with different jokes and a completely different sound.

When it comes to Christian pop music, it can be difficult to find good quality jams. Jonny Diaz doesn't reinvent the wheel with his sophomore release, but he appears to have perfected the art of writing catchy pop songs. The songwriting on Jonny Diaz remain consistent thematically, perhaps even becoming tired by the end, but never feels uninspired or lazy. Overall, if you're looking for a healthy dose of encouraging songs, few albums will do the trick better.