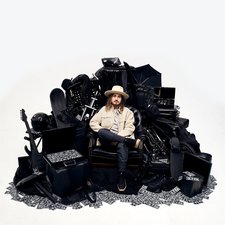 
Jordan Feliz has quickly risen to success in the contemporary Christian scene over the past few years. He released his debut album, The River, back in 2016, and it garnered quite a bit of attention. In 2018, Feliz followed that up with Future, which showed some growth and variety to differ itself from his previous release. Now in 2020, he has finished producing his third full-length album, titled Say It. In his newest record, Feliz focuses on the theme of sharing the gospel with the world, as it has transformed his life.

Throughout the entirety of this endeavor, Jordan has a balanced mix of upbeat, happier tracks with slower, reflective numbers. Songs like "Jesus Is Coming" and "Only Love" set the tone for his uptempo offerings, with lyrics such as "Keep your head up / Jesus is coming back / Don't you give up / 'cause Jesus is coming back." On the other hand, "Wounds" and "When I Say My Prayers" are heartwarming ballads that showcase his smooth, silky voice backed by a sweet arrangement of pianos and strings.

A standout is the catchy radio-friendly single, "Next To Me." Feliz passionately sings about God calling him back to His side, "I get this feeling in my spirit when I'm low / I hear it calling like a compass in my soul / saying 'child come on back now, you've been gone too long, let me lead you back where you belong, right next to Me'."

The main issue that this album has is that it fails to improve upon previous projects. While Feliz produces some enjoyable, quality tunes on this release, it does not necessarily expand upon what he has already done. An Aaron Cole feature on the title track is a nice twist, but other than that, there isn't anything all that different or unique here. Jordan Feliz does what he does well, but would do himself a favor by integrating other styles into his music from time to time.

At the end of the day, Feliz has put out another solid record that many pop fans will enjoy. He plays it safe by sticking to his pop/R&B style, but it works quite well for him. While some experimentation would be welcomed, Say It is an album that comes recommended for fans of Jordan's music, or just the genre in general.