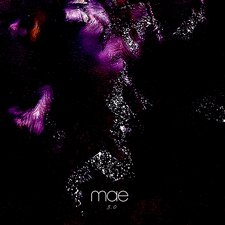 
The title 3.0 is in reference to the third era of Mae as a band, and on this six-song teaser for their upcoming full-length, the weather-worn Virginia rock band displays a keen and mature balance of Mae 1.0 and Mae 2.0, alongside hints of how the band could continue to grow into the future.

The most disappointing aspect of the EP is its lack of new content for fans who've been following the band. Half of the six tracks have already been released: at the time of writing this review, "Let It Die" is over a month old, "5 Light Years" is a season old, and "Our Love is a Painted Picture" is over an entire year old. Of the other three tracks, only the opener, "Sing," will actually appear on the full-length; meanwhile, "Space" is six minutes of noise and "A Race for Our Autonomy" is, here, only an acoustic version of what will be included on the album. Overall, this will be good news to two sets of people: those who have not yet heard the pre-release singles, and those who want as little of the new album as possible to be spoiled.

I considered docking the star rating for this EP because of the lack of new material, but what changed my mind is the simple fact that all these songs get better and better with each listen. In the same way that Destination: Beautiful did a great job of reinterpreting Jimmy Eat World's Clarity, "Let It Die" is like a distillation of the best aspects of Jimmy Eat World's Integrity Blues, while also boasting an unbelievably catchy chorus that should please fans of both The Everglow and Singularity. "5 Light Years" continues to impress as well, especially in its experimental second half. Also, enough changes have been made to "Painted Picture" from its original version to please the band's more careful listeners.

The opener, "Sing" (which is expected to be the full-length's opener as well), is compositionally thin and would seem to function better as an album introduction than as a standalone song, but this track benefits perhaps the most from repeat listens, as its production is filled with dense layers of sounds and synths that lean into Mae's heavier tendencies while burying the heaviness beneath a wash of warmth that somehow keeps the proceedings soft and beautiful. It's the strange new directions and experiments of songs like this and "5 Light Years" that represent how this third iteration of Mae differs from the Mae of the previous decade. It's an exciting prospect for a band I couldn't be happier to have back in the scene.

Over the course of the better part of the last two decades, front man Dave Elkins and his cohorts in Mae have quietly gone about the business of crafting their particular brand of tuneful, shimmering pop and delivering it to their followers via an ever-growing collection of full-length releases and extended players. For the most part, fans of the band's back catalog should be pleased with the lion's share of the new 3.0 EP. Acoustically-based entries, like "Our Love Is a Painted Picture" and the cleverly-titled "A Race for Our Autonomy," highlight the trio's ample skill at weaving simple, yet indelible, melody lines. Even more impressive are the straight-ahead rock tunes, "Let It Die" and "5 Light Years," which do the acoustic entries one better, ramping up the energy to a truly invigorating level without sacrificing any of the intricate sonic textures or gripping emotional poignancy that have come to represent the twin hallmarks of the group's musical trade.

The record does suffer from the occasional misstep. The album-opening "Sing" intermittently threatens to truly take off, but never actually manages to do so. Likewise, the exquisitely-constructed atmospherics of the ambient instrumental work, "Space," render it an easy piece to admire, but its overly homogenous sound and lengthy run time will likely relegate it to single-play status for a good portion of the listening audience. Those shortcomings notwithstanding, the project's sheer variety, along with the lyrical depth and insight shown on songs like "Autonomy" ("I know we've heard our share of broken promises/ Yet hang on every word"), ensure that the band hit their intended mark far more often than they sail wide of it. Falling well shy of either the air-tight artistic statement of desintation:beautiful or the masterful, heartrending beauty of The Everglow, the 3.0 EP nevertheless paints a decidedly flattering portrait of a well-seasoned group of artists with plenty left to say - and capable of saying it quite well. - Review date: 10/17/18, Bert Gangl of Jesusfreakhideout.com

On the verge of their first new full-length record in seven years, Maes 3.0 EP has successfully whet fans appetites. The EP is full of the light, subtly-emo indie rock the band is known for; its almost like they never went away. The songs here dont feel as strong or gripping as their best material, but its only a taste of what's to come. - 10/13/18 Scott Fryberger