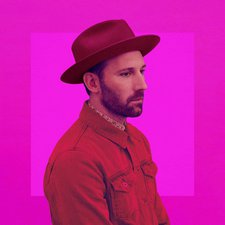 
Nearly three years after the release of Just Kids, Mat Kearney graces listeners with a satisfying four-track EP. Consisting of three new songs and an acoustic track, the short offering gives fans a reason to revisit Kearney's iconic musicality in anticipation of his upcoming project, CRAZYTALK.

The lead-off track, "Don't Cry For Me," positions Kearney and his muse in New York City on New Year's Eve. Lined by a back-beat surf guitar, Kearney injects the lyrics with his trademark sense of melancholic optimism ("the seasons will change/so will you every day.../so don't be afraid that your heart's gonna break"). Even though the track has its highlights, one can't help but feel like the mid-tempo pacing starts the project on a lethargic note.

To pick up the energy, the next track, "Face To Face," is a bouncy dance cut that recognizes God's providence through hard times. Armed with shiny production and some of Kearney's strongest imagery in recent memory ("I feel Your thunder pouring like rain/Down on the mountains of all my mistakes.../Into the ocean of Your embrace"), the track outshines many of those released by Kearney's CCM-dance contemporaries.

The EP wraps up with two versions of Kearney's new single, "Better Than I Used To Be." A collaboration with pop-DJ AFSHeen, who is best known for his collaborations with mainstream pop artists, such as Conor Maynard and Rebecca Ferguson, the single version encapsulates Kearney's signature electro-acoustic style, while also incorporating inflections of AFSHeen's upbeat synth-pop. The unconventional love song revisits the past, while wittily promising a dedicated future ("You never know what you got 'til it's gone/ Guess you'll never know, 'cause you know you're my only one"). Rich in replay value, it's no wonder that the track has already made an impact on mainstream music charts.

A hold-over for his highly-anticipated full-length, Kearney's eponymous EP showcases an artist unafraid to switch-up his acoustic style with contemporary electro-pop elements. With another solid project added to Kearney's catalog, old and new fans alike have a reason to look forward to the Oregonian singer-songwriter's LP due out in February, 2018.