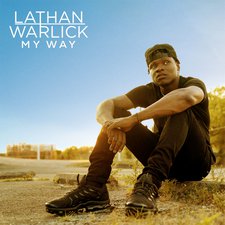 
I was scrolling through my Spotify account when I noticed that Matthew West released a new song called "What If." This version of the song had a guest appearance from an artist I never heard about, Lathan Warlick. After listening to the song, I checked out his profile and noticed that he had a new album out entitled My Way. I gave it a spin and became an instant fan.

I have not heard a rap album where they took hip hop and country and mixed them together so well. On this entire record, I can imagine he listened to the song "Old Town Road" and thought to himself, "I can improve on this concept." Each track doesn't feel gimmicky, corny, or unoriginal. In fact, the opposite is true. The album is elevated by the fact that there are a number of stellar guest vocalists, such as RaeLlynn, Russell Dickerson, and Tyler Hubbard (from Florida Georgia Line).

There is not a single mediocre track on this album. Every song is well-produced and infused with passion and creativity from Warlick. My personal favorite song from the album is "Over Yonder." This is simply a fun track about living in the country, where "You got the Blacks, Whites, and Latinos coming together to have a good time." During a time where our nation is so divided, it's refreshing to hear a song about unity.

This album clocks in at just over 28 minutes, but it's 28 minutes well spent. Lathan Warlick is a severely underrated artist. This album will be in my top 10 albums of the year. If you're a fan of country, rap, or both, give this record a listen. You will be pleasantly surprised.