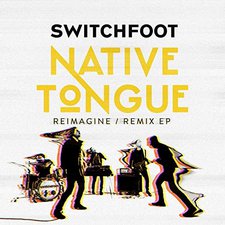 
Over the course of their extravagant career, Switchfoot has been known to release remixes of certain songs from time to time, and this time around they have remixed several songs off their latest album, Native Tongue. Similar to their previous project like this, Vice Re-Verses, there is some hit and miss on the NATIVE TONGUE (REIMAGINE / REMIX EP).

Opening up the project is the light and poppy West Coast Edition of Wonderful Feeling, which kicks things off on a happy note, and its an enjoyable remix that makes the listener feel like basking in the sunlight on a warm California beach. However, the West Coast Edition of All I Need isnt quite as potent, and falls a little flat compared to its counterpart. (This version of "All I Need" was also previously available, as an incentive, only if you preordered Native Tongue through the band's webstore.) The exceptionally reimagined Voices is easily one of the records strongest tracks, featuring violinist Lindsey Stirling. This new rendition gives the song a unique feel, and Lindseys violin is a beautiful addition to Foremans vocals. The EDM-influenced version of Let It Happen, remixed by Colony House's Will Franklin Chapman, is decent, but doesnt stand out compared to some of the other featured tunes. Closing out the EP is the Native Tongue (Mason Self Remix), and it serves as a solid closer. However, it doesnt differ much from the original recording, making it sound a little out of place for this kind of record.

From an artistic standpoint, this EP has some strong points, but those are also accompanied by mediocre moments as well. The buoyant Wonderful Feeling and the bold Voices are fantastic renditions and well worth adding to your music catalog, but the rest can be passed over without the listener missing out on much. That being said, for fans of the band, this release is worth at least a spin or two.