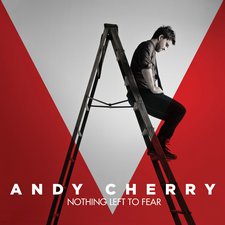 Andy Cherry
Nothing Left To Fear

With so many worship artists popping up all the time, one has to leave his lasting mark to remain a creative force in the field, and Andy Cherry is trying his hand at the craft. A worship leader from Charlotte, North Carolina, Cherry is making his debut as a recording artist with Nothing Left To Fear, an ode to shameless faith and life in Jesus' shadow. Paired with the producing work of Jason Ingram, many elements of his first album work to his advantage, but others do not, leading to a mostly ordinary result.

Nothing Left To Fear has noticeable strong points, and really, there's quite a few of them. Even by the sound of Cherry's voice, he's putting all he can into this delivery, and all ten tracks here display his fervency. The album's first four songs really make the best case for the album's strength as a collection of congregational-friendly cuts. "City of Light" builds up the album's momentum while "To Follow You" showcases the best of Cherry's approach in creating enduring and candid worship hooks. Cherry even performs his own rendition of the classic "Nothing But the Blood," complete with an original chorus ("'Cause the blood of Jesus is enough for me/O the blood of Jesus is enough"); its deep percussion and effective piano infusion make this a great inclusion on the album despite its evident familiarity. The album's lead single, "Our God's Alive," boasts a handclap beat with a formidable chorus that outgrows the song's containment.

In general, the visible problem with Nothing Left To Fear is the dynamic factor, or lack thereof. While the album itself finds Cherry pouring himself out in warm worship, the album is almost too consistent in its style. The echo-y keyboard heavy style works well for what it is, but because not every song holds the listener's interest equally, the album does drag towards its latter half. After the effective "Our God's Alive," the album comes with four same-sounding tracks to finish the album off (though "Divine Embrace" is a little more upbeat than the others), and the result is unsatisfying at best. Hopefully, with a stronger and more engaging set of songs from which to choose, Cherry can piece to together a more complete and fulfilling venture for his listeners.

Undoubtedly produced with an earnest heart for worship, the fruits of Cherry's labor found in Nothing Left To Fear succeeds in bringing an honest offering before the throne of God, and that's Cherry's intention. Some songs work better than others, but the fact still remains that more accomplished and exciting worship projects are more worthwhile to pick than Cherry's. Regardless, Cherry's passion for heartfelt worship hasn't gone unnoticed, and the weight placed on the Lord's glory seen in Nothing Left To Fear is proof.