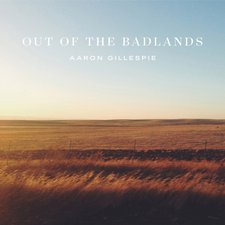 Aaron Gillespie
Out of the Badlands

For Aaron Gillespie, the road to the release of Out of the Badlands was surely a painful one. You can hear the hurt and devastation in his weathered voice and the words he sings in "I Can't Make You Love Me," "The Fox," and "You Don't Love Me Anymore." Though Gillespie's previous three solo albums have all been worship music at their respective cores, his latest batch takes a different route, exploring the themes of lost love and the attempts to find meaning in everything, set to a soundtrack of acoustic and alternative rock. The majority of the songs certainly mesh well, especially with the covers of screamo-era Underoath. Gillespie's voice is weirdly unbearable in "A Boy Brushed Red...Living in Black and White," but he knocks it out of the park in the slightly folky rendition of "Reinventing Your Exit." Additionally, his cover of U2's "Where the Streets Have No Name" is the best version of that song I've ever heard, save for the original. Overall, this is, without a doubt, Aaron Gillespie's best solo album to date. - 8/25/16, Scott Fryberger of Jesusfreakhideout.com