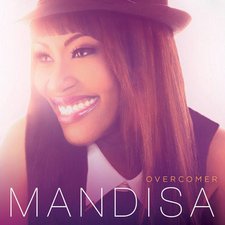 Most fans who've followed Mandisa's career up to this point probably won't be too startled to learn that she is in the top 20 percent of all American Idol contestants when it comes to total number of albums sold. Those same devotees may be a bit more surprised to know that she is one of only eight alums in the history of the show to place four or more albums into the Billboard 200; which just goes to prove that it is far easier for the average Idol singer to achieve success just after their stint on the show than it is to sustain that popularity once the next season begins. The item truly setting her apart from her AI peers, though, is the fact that, unlike Kelly Clarkson, Chris Daughtry and even Carrie Underwood, she is the only Idol finalist whose newest record has managed to outsell their debut - all of which may well indicate that she, more than just about any other past contestant, has only just begun to hit her true artistic stride.

Of course, none of this is news to those who took a liking to her most recent undertaking, 2011's What If We Were Real. The good news for members of that crowd is that her latest outing adheres fairly closely to the template carved out by its well-received predecessor. The title track kicks things off with a captivating slice of breezy, letter-perfect dance-pop sure to buoy the spirits of those caught in the midst of a seemingly hopeless situation. Where that song implores its hearers to hop in the nearest convertible and sing along at the top of their lungs, the more syncopated, "Back to You" veritably begs those same listeners to get out on the dance floor and show their closest friends that they do, indeed, still have what it takes to bust the proverbial move. On the lighter side of the coin, the towering piano-driven ballad, "Where You Begin," is cut from the same poignant piece of cloth as What If We Were Real's similarly moving "Just Cry." And the slowly-swelling "The Distance" is sure to inspire even the shyest concert attendee to raise their hands in tacit agreement with its heartening message of the nearness of God.

Rather than simply doling out an album's worth of material like this which exploits her already-proven strengths, Mandisa, to her credit, ventures out here and there into less familiar territory. The liberal synth use and high beats-per-minute count of "Face 2 Face" and "Joy Unspeakable" lend those frenetic cuts a distinctly techno-tinged undercurrent. The sparkling "Praying for You," on the other hand, combines pop, contemporary R&B and doo wop into a sublimely intimate whole that harks back to all that was so engaging about acoustically-based mid-'90s neo-soul singles like Anointed's "Under the Influence" and "Nobody Knows" from The Tony Rich Project. The most pleasant left turn, however, is the Mandisa/Israel Houghton collaboration "At All Times," which embellishes the distinctive group-sung verses and call/response vocals of the classic late '80s and early '90s Integrity/Hosanna praise releases with just the right amount of modern-day sensibility.

As on previous efforts, the new record's main shortcomings fall in the lyrical department. The underlying theme of offering petitions on behalf of one's future spouse ("Praying for You") has already been covered in depth by any number of other artists. And entries like "Press On" ("I will run hard 'til the race is done/ I'm gonna press on") and "What Scars Are For" ("When I'm weak, you're strong/ And in your power I can carry on") fall back on overly familiar phraseology rather than opting for more original language. Be that as it may, taken against the backdrop of Overcomer's infectiously positive vibe, rock-solid melodic content and contagiously enthusiastic delivery by a singer whose voice, on her worst day, could probably still shatter the average Waterford crystal centerpiece, any such word-related deficits become largely imperceptible and, truth be told, seem positively irrelevant in the grand scheme of a work this appealing.

Listeners who fell in love with the slightly funkier groove of previous singles like "Only the World" and "My Deliverer" may take a while to warm up to the Overcomer's comparatively less swaggering stance. And Mandisa admittedly sounds a tad less at ease on techno-leaning pieces than she does on the ballads and dance-pop numbers. Even with these lesser compositions factored into the equation, though, the new project is still far and away her most consistently engaging offering to date. To be sure, tracks like "Back to You" and "The Distance" not only outdistance the average song being played on contemporary pop radio, they arguably merit a spot on the required listening short list for budding artists seeking to learn just what constitutes a great pop number. Who knows? Perhaps, one day, music-loving physicists will finally discover a way to bottle exhortation, fuse it to an irresistible melody and lay the resulting combination atop the perfect beat. If and when such a feat ever does become possible, the end result will probably sound a whole lot like this album.