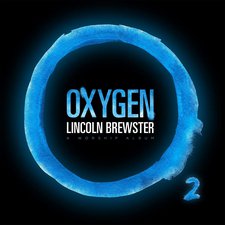 Looking at it on paper, Lincoln Brewster is the sort of artist who ought not to appeal to anyone. On the one hand, his penchant for turning out upbeat, effervescent (and, dare we say it, danceable) worship ditties is all but poison to the legions of spike-haired, hard-rocking devotees weaned on groups like Demon Hunter and Disciple. Then, again, the fact that Brewster could probably play circles around the guitarists in those bands, and just about any other present-day rock outfit, is the very sort of thing that no self-respecting follower of Chris Tomlin or Casting Crowns should ever admire.

Undaunted by the seeming conundrum, the intrepid and undeniably-talented Alaska native has methodically crafted one set of peppy pop/rock tunes after another, and the music-buying public has, by and large, answered in the affirmative. Following in a straight line from lilting last-decade modern worship nuggets like "Love the Lord" and "Today Is the Day," Brewster kicks off his latest effort with "Live to Praise You," an ingratiatingly catchy praise tune perfect for the next aerobics session at the gym or long-awaited summer's day drive with the top down. The slightly more synth-driven, but just as buoyant, title cut follows suit, before ushering in nine more songs that, for the most part, adhere pretty closely to the template laid out by "Oxygen" and "Live to Praise You."

This isn't to say that Brewster doesn't shake things up here and there. The sweeping power ballad, "There Is Power," manages to slow the pace a bit. And "Whole Again" should be just the ticket for those who take a shine to groups like Hillsong United and MercyMe. Likewise, the fact that the better portion of the album's compositions have a certain sameness about them isn't necessarily a liability, given that its overarching similarity endues the proceedings with a certain cohesiveness that will no doubt work well in the live worship setting. And positive, sun-drenched tunes like "Shout It Out" and "You Never Stop" offer what may well be the best vehicle for Brewster to display his absolutely jaw-dropping guitar chops to those who would never dream of staying up until midnight to pre-order tickets for the upcoming Flyleaf show.

Most importantly, though, here in the time when the lion's share of the artists in the Top 40 ostensibly seem content to churn out safe, like-sounding material with nary a hint of rhythm or grit, there's something to be said for folks like Brewster who confect tracks that veritably dare the listener not to rise up, and bounce merrily along. Indeed, even though titles like "Made New," "There Is Power" and "Whole Again" leave little doubt as to their respective subject matter, and very little of the new record seems destined to be confused with Shakespearean prose, Brewster's lyrics are nonetheless delivered with a bracing, almost rhythmic quality that highlights and enhances those same qualities in his songs. And cuts like the absolutely superb "Made New" ("You hold my head up/ You remind me who I am/ You hold my head up/ I'm alive in You again") possess an elegant minimalism and beautiful profundity that offsets their relatively basic construction and helps render them equal to anything in Brewster's back catalog.

Of course, cracks are bound to show in the proverbial pavement of just about any musical project. Interestingly enough, though, they almost always pop up here when Brewster lowers the beats-per-minute count. "Sinking Ships (Rescue Has Come)" and the likewise parenthetically-titled "Whole Again (Come Alive)" are rendered mostly inert thanks to their overriding sense of lethargy and lack of noteworthy melodies. "On Our Side," while definitely superior on both counts, still pales next to more energetic - and memorable - entries like "You Never Stop" and "Shout it Out." That being said, in the grand scheme of things, numbers like these represent only about a fourth of the Oxygen record as a whole, while the remaining three quarters arguably stand shoulder to shoulder with just about anything Brewster has turned out to date. Given the impressive nature of the majority of his back catalog, that ratio winds up being pretty high praise, indeed.