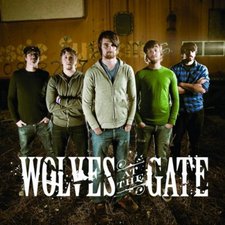 Wolves At The Gate
Pulled From the Deep - Demo


In 2010, the dawn of one of the stars of the post-hardcore scene was marked by the release of a three-song demo, entitled Pulled From The Deep. At this stage in Wolves At The Gate's career, unclean vocalist Nick Detty and drummer Abishai Cullingsworth had not joined the band yet. Instead, the unclean vocals were done by Colin Jones, and drumming duties were handled by Dave Nester. Both did their jobs well, and so did the other band members, as Pulled From The Deep is a worthy addition to the WATG's rock-solid discography.

Kicking off the demo is the track "Pulled From The Deep". Upon first listen, it is evident that Wolves were writing high caliber lyrics overflowing with the Gospel from the start. "Pulled From The Deep" boasts a powerful message of salvation, strong vocals, and gritty riffs. "My Trials To Your Agonies, They Do Not Compare" follows up the solid opener with a powerhouse of a song, featuring Colin Jones' signature screaming, then seamlessly switching to growling. Jones' vocals are rougher than on We Are The Ones, and this is due to the production quality being of a lesser quality than Wolves' subsequent releases. This shortcoming is also noticeable in the guitars and other instruments, although it is not annoyingly under-produced. "My Ransomed Soul" closes the demo on a high note, proclaiming how unworthy we are of grace, yet Christ still underwent extreme pain and ultimately death for us. "My Ransomed Soul" contains a verse from the beloved hymn "Jesus Paid It All," written by Elvina Hall and John Grape in 1865. Dynamic instrumentation only adds to the impact of the song.

Pulled From The Deep was certainly a good indication of the greatness that was to come from Wolves At Gate. A trend that can be noted in Wolves At The Gate records is that each is a step up from the preceding release. Pulled From The Deep was better than the Prisoners Of War demo, which was Wolves' first release. Then We Are The Ones heightened the hype around Wolves At The Gate. Captors then raised the bar, and VxV garnered large amounts of sales and critical acclaim. Types And Shadows has kept the momentum going, and hopefully the next album will surpass all prior works.