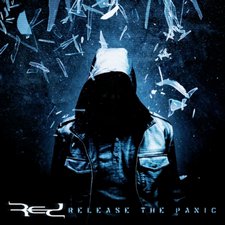 After releasing a pair of heavy metal/post-grunge efforts followed by a slightly tamer, less well-received, modern rock-inclined outing, the men of Red have gone on record promising something entirely new and different for their fourth studio release. While they've certainly made good on their word with Release The Panic, few could have guessed at the almost bi-polar approach they employed to do so.

Fiercely brooding, throat-shredding entries like "Damage" and the title track are arguably as heavy, or perhaps even heavier, than anything on the first two albums. On the other end of the spectrum, radio-ready, almost purely pop tracks like "Hold Me Now" and "The Moment We Come Alive" seem poised to give the Sanctus Reals and Starfields of the world a run for their collective money.

While such duality, in and of itself, is hardly cause to dismiss the album outright, far too many of the heaviest cuts lack the melodic content that made the first two albums such commercial successes. Likewise, a good portion of the ballad-based material follows in the overly nondescript, like-sounding footsteps of so many artists currently populating the Christian Hit Radio Top 40 charts.

In all fairness, not all of the metal/hard rock numbers and ballads are outright clunkers. And when the band splits the difference, as they do on medium-heavy pieces like "Perfect Life" and "Die for You," the results are both energizing and engaging. A lesser cousin to the first three records, Release The Panic nevertheless earns its creators high marks for their willingness to shake up the established order a bit. More importantly, though, its stronger entries offer convincing hints that the group's next release may well turn out to be its defining work.

Ever since End Of Silence dropped in 2006, Red landed a permament slot on most people's anticipated list. However, each follow-up release has yet to live up to that hype. Red generally seems to follow a particular musical path: hard rock tunes for head banging with a dose of soft ballads for those who love waving their lighters. There's nothing new here as the Release The Panic keeps pace with exactly what Red has been known for, and while that music is good, it again fails to live up to the aforementioned hype. Songs like "Release The Panic," "Die For You," and "If We Only" are all of the harder Red variety and come out solid with the latter even carrying lyrical depth. Then you'll catch the tracks "Hold Me Now," "The Moment We Came Alive," and "So Far Away," which go right into the ballad style, filling the expected Red quota. Overall, this is a basic Red album and they do what they've always done, but they do it well. The focus is spiritually driven, it is lyrically hit or miss with a few more hits than misses, and it delivers solid rock tunes for fans to enjoy. Release the Panic will probably be known as one of the better rock albums of 2013, but likely will not land a spot on many greatest albums lists. - Kevin Hoskins, 1/31/13