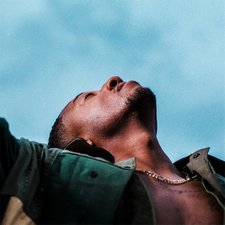 
Sixteen years ago, you probably only knew Lecrae if you followed The Cross Movement, who signed him to their label for his debut album Real Talk. Now, on the verge of his tenth solo album, Lecrae is perhaps one of the most well-respected names in all of hip hop. His newest album, Restoration, dives more into his story of his rise to fame, his struggles with Christianity, and how God restored him back into his faith.

Lecrae has always had his ear to the streets, and each album is musically and lyrically relevant to the time it was released. And because of the stylistic and thematic changes from 2004's Real Talk to 2018's Let The Trap Say Amen, you'll find his fan base is wildly divided over what his "best album" is. Regardless of bests and favorites, Restoration feels like both a culmination of Lecrae's journey and a rebirth of sorts. On a purely stylistic level, this album combines a lot of what he's been known for; this is a very modern-sounding album, with a lot of trap influence and auto-tuned vocals, but it's not without its fair share of R&B, gospel, and straight rap and hip hop. You'll hear his unique and smooth flows in songs like "Wheels Up," "Self Discovery," "Saturday Night," and plenty more, but you'll also get a lot of melody and singing.

Restoration isn't just the name of the album, but a major theme of the album. As mentioned above, Lecrae details what he's gone through in his personal life the past few years. "Drown," which features John Legend, is a desperate call to God, asking to be kept safe in his arms in a world that's dark. The music video gives some more insight, showing a montage of riots, natural disasters, and all the violence and heartache the world has seen in just the past few years. And then songs like "Zombie" and "Saturday Night" give us a picture of his struggle with his faith, the latter of which dives into the temptations of money, fame, and accolades. I love the way that "Saturday Night" flows right into "Sunday Morning," which shifts the tone dramatically into redemption territory. It also features a terrific spoken word piece from Kirk Franklin. It's an emotional 60 seconds, as he brings up the death of Kobe Bryant and his daughter Gianna back in January as a tasteful illustration of how short and unpredictable life is: "Tomorrow has unpredictabilities as colorful as the smiles that took of that day, may that Sunday morning resonate past trophies and trinkets and the ongoing pursuit of more, to sober us with the humbling truth: my life and your life is just a vapor, and if what you see is all you see, then you do not see all there is to be seen."

Restoration is a big album, with a lot to dissect that I just can't do here. It's also an important album - for Lecrae, of course, but also for the Church body members that are struggling with their faith, and for a world that's drowning in sin and needs a Savior. Lecrae's journey through hell and back is inspirational and relatable, and the music it's paired with is some of his best work in years.

Combining the autobiographical content of Anomaly and the more recent modern hip-hop musical stylings of his last two offerings, Lecrae has dropped his best overall album since 2012s Gravity. With each of the pre-release singles for Restoration, this reviewers excitement continued to grow, and thankfully the album as a whole lives up to the hype. While the entire album is strong, Crae sets the table with opening track and thesis statement Restore Me, and then jumps right in with uber-catchy Set Me Free--which contains a familiar throwback hook from Mary Marys 2000 song Shackles. The album never really slows down after that but, for me, the best and most memorable part of the album are tracks 5-10. Among these, the one-two punch of Deep End and the John Legend-guested Drown are the highest of highlights. Ultimately, on Restoration, Lecrae reached deep to bring listeners into the nitty gritty of his life, and in so doing delivers a much-needed authenticity and healing set of songs for the unforgettable year that has been 2020. Fans both old and newer should find plenty to enjoy with several must-adds to the yearly playlists, like Set Me Free, Over the Top, Self Discovery, Deep End and Drown being over the top. - 8/22/20 Josh Balogh