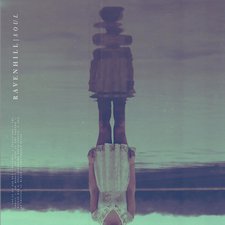 
The past few years for the band Ravenhill have been strange and have left fans wondering what they've been up to. Named after the Spirit-filled theologian Leonard Ravenhill, the soulful southern rock group spent several years, and released a slew of EPs, as an independent act. In 2012, Ravenhill launched a Kickstarter to fund their first full-length; tentatively scheduled for summer of 2013, Soul only got into the hands of backers when it was finished, but didn't make its way onto any retail shelves. But, finally, the band announced the reason behind it: they had signed to Slospeak, and were re-producing the project for an official release. March 2015 brings with it the unveiling of the new version of Soul.

The first thing to notice, for any fans who have the pre-release version, is that the opening track "Hymn" has been completely removed from the album. This only seems to strengthen the release, as I feel like the opening of "You'll Go Far Boy" is a better way to begin; although, on the other hand, having "Hymn" at the beginning (which is also how the closing track, "Blood on the Church Floor," ends) helped the album come full-circle. Either way, removing the intro has its pros and cons. After listening to some of the tracks, there's a clear difference between the pre-release and the official version of Soul, emphasis on the word "clear." Now, the pre-release was by no means unclear or muddled or anything of the sort. But you can tell that the Slospeak crew really spent some time investing in this product to ensure that it sounds as good as possible. Of course, southern rock shouldn't sound too sparkly clean, and thankfully, they let it keep the grungyness associated with the genre. In addition, certain portions of songs were amplified, such as the organ in "Blood on the Church Floor," and other touches were added, like a grooving bass line in "Devil's Son" that wasn't previously there.

Ravenhill really rips it up when it comes to the soulful, bluesy material. The bridge of "Devil's Son" would be right up The Black Keys' alley, and the last two thirds or so of "Den of Thieves" seems like something right out of a Sean Michel album. The latter of the two is one of my favorite portions of Soul, as it also relies heavily on a driving rock and roll sound that would be absolutely amazing experience in a live performance. The same sort of thing occurs in "You'll Go Far Boy," which has a bit of a Jet feel to it. Another favorite is the intro to "Wicked Man," a song previously released on the band's EP, Lions. It starts off with some boot-stomping and hand-clapping as vocalist Joshua Clifton croons, "No I, I can't sing, no I, I can't sing, without Your love, without Your love I can't sing." A blues guitar riff comes in and picks up the pace a little bit, with a few strong strums of an electric guitar throughout as well. Though I particularly love the intro (which repeats at the end, too), I really love the entirety of this song.

In addition to the soul, blues, and southern rock sound the band is generally known for, they are also not shy about the Gospel and the struggles they face as Christians. "Soul" is a good example of the latter ("I was fed the truth by dirty hands, now face-to-face with the devil himself, he wants me, girl, he wants me so bad, my skin it crawls when I hear his voice pushing me to the fall, I shut him out"), and "Den of Thieves" is a good example of the former; however, the portion I quote here is a little confusing, because it seems to be switching the attention of the singer back and forth between Jesus and other people, and it's a little hard to follow ("Now I still feel you baby, I still feel you son, and I still feel You Jesus, and I'm gonna tell everyone about the Lord who saved me, and you know that He saved me good, and you know that girl's a troubled child, 'cause you know that girl's no good, already found out how good the Lord can be"). Regardless, you're going to get honesty with this band, and a good dose of rock-fueled worship as the cherry on top.

I was among those who got a pre-release copy of Soul, and when I heard it was getting some remastering and more production, I got excited. It was a strong album then, and it's even better now. Signing to Slospeak was a fantastic move for Ravenhill; it's a label that's perfect for independent bands, and it's gaining a lot of momentum, which will positively affect Ravenhill's future in the music industry. Fans who also got pre-release of this album will want to look into this version as well; those who may be new to Ravenhill will certainly want to look into this if you're a fan of any of the aforementioned bands or if you like southern rock. Soul is a solid debut worth your time and money.