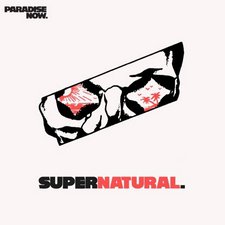 
Hailing from the UK, British rock band Paradise Now is here with their debut on Tooth & Nail Records, a 6-track EP titled Supernatural. With their mixture of pop, rock, and electronic elements, the band has all the pieces to craft a unique project; and thankfully, they dont fail to deliver. From the tight musicianship, to the smooth vocals, to the solid production, there is a lot to like about the bands new record.

The title track kicks things off, showcasing the group at its peak performance. The song smoothly transitions between poppier and heavier moments, which sets the stage for what the EP sounds like. Highlights include the previously released singles, WildOnes and Baptist. The latter sees the band taking more of a spiritual writing approach, with lyrics such as Can you hold me down / Till my blood runs clean / You gotta save me now / Will you baptize me? (Note: While some may take this as if theyre saying baptism is necessary for salvation, it seems to be more of a metaphorical use, in the sense of it being a plea to God for cleansing of their sin).

Upbeat tunes Young Guns and Machines dont quite stand out like the rest of the EP, but are still enjoyable and well worth a listen. The anthemic Animvls is another impressive song, which closes the record on a solid note. Paradise Now is most certainly a band to keep your eye on, as this short introduction to their sound shows quite a bit of promise; and this particular reviewer is excited to see what the group produces in the future.

These days, the musical landscape is littered with a seemingly limitless number of bands who deliver their compositions wrapped in sludgy, riff-driven, heavy metal outer-coverings. The number of bands who are actually able to fill said coverings with infectious, instantly memorable melodies, on the other hand, is considerably lower. As the engaging title cut from the Supernatural EP demonstrates, the Welsh outfit, Paradise Now, just so happen to be one of the few groups belonging to the latter category. While only that track wins the prize for Best Pop Tune Masquerading as a Metal Song, the rest of the extended player is nevertheless a nearly-as-impressive amalgamation of the two seemingly disparate genres. Add in Sam Taylor's sturdy, but graceful, vocals and the record's near-perfect ratio of gloss to grit and you have a recipe for one of this year's most pleasant, and unexpected, surprises. - Review date: 10/8/19, Bert Gangl of Jesusfreakhideout.com