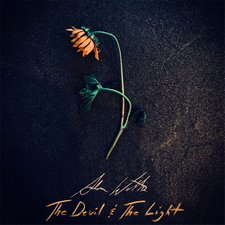 Adam Watts
The Devil and the Light

In his latest album, The Devil and the Light, singer-songwriter and multi-instrumentalist Adam Watts delivers his usual brand of complex music and emotionally raw lyrics. Highlights include "A Long Time Here," "Mend" and "Been to the Valley."

"A Long Time Here" brings back the chamber music vibes of Watts's album Murder Yesterday, with plucked strings accompanying his power-house vocals. "Mend" shows off Watts's lightning-fast drum fills that harken back to Neil Peart of Rush, both because of his precision and the crisp sound of his toms. The pounding drums, as well as the persistent tick-tock during the verses, matches the urgency of the lyrics. "Been to the Valley" has a southern gospel stomp sound that will remind long-time fans of "Rescue Me" from 2004's The Noise Inside. Lyrically, this song also echoes "Rescue Me" as he sings about the "unconditional and far beyond rational grace of a Savior." He elaborates on his doubts in this song, with lines like, "I left belief, I left my knees / and I walked the edge away from holy."

The lyrics of Watts's indie releases read more like journal entries than those in his '04 BEC debut. He is honest about his disappointments, often in a psalm-like way. In "All My Friends," for example, he says, "All my friends live inside my head / There're dead All they do is just lie to me / Nightmares whisper as I lie in bed." In the second verse, he echoes Psalm 13: "All my enemies left me for dead / I bet, none there expected my rise."

Watts's confessional style is mostly a good thing, although the opener, "Rest of Me," again rehashes the theme of his metaphorical funeral (e.g., "Murder Yesterday," "Reborn" "Get Myself Together"). He also tends to rehash musical ideas, since the album's self-titled closer sounds quite similar to "When a Heart Wakes Up." Both songs wrap up their respective albums nicely, so, who's to say this is a downside? Plus, anyone who has written songs for as long as Adam Watts, is bound to unintentionally repeat himself.

All-in-all, The Devil and the Light is another solid album from Watts. And, if you're a longtime fan and a drummer nerd like me, you won't be disappointed. - Review date: 1/24/22, Andie Hardee of Jesusfreakhideout.com