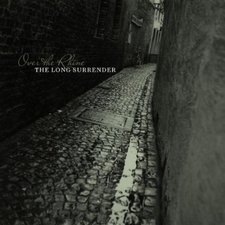 Over The Rhine
The Long Surrender

It may only be April, but Over the Rhine has already made a strong case for album of the year with its latest release, The Long Surrender. Married couple Karin Bergquist and Linford Detweiler have been making music together as Over the Rhine for twenty years, and while each studio album carries the band's signature sound, no two albums sound the same. For The Long Surrender, Bergquist and Detweiler collaborated with renowned producer/artist Joe Henry, and a better match could not have been made. Henry and his group of studio musicians breathe nuance and new life into the duo's music while Bergquist's soulful voice casts a spell over listeners. The result is some of the finest music Over the Rhine has ever recorded.

The Long Surrender is about giving up, letting go, and starting over. It is about embracing failure and finding hope in disappointment. With a mix of jazz, blues, gospel and Americana, the music whispers, pleads and bursts; its power lasts much longer than the length of the album. "Rave On," an adaptation of a B.H. Fairchild poem, is electrifying and unlike anything the band has recorded. The legendary Lucinda Williams joins Bergquist for the beautifully simple "Undamned," a song about finding grace and love despite mistakes and failures. While past Over the Rhine albums have focused on Bergquist and Detweiler's relationship (Drunkard's Prayer famously chronicles the couple's near divorce and eventual reconciliation), "Infamous Love Songs" is the only song here about the couple's marriage. The album's twelfth and longest track, "All My Favorite People Are Broken," is also its best. Bergquist issues an altar call to all people, whether "orphaned believers" or "skeptical dreamers." The song sums up the entire theme of the album with, "as for your tender heart, this world's gonna rip it wide open. It ain't gonna be pretty, but you're not alone." The album ends with "Unspoken," a short instrumental that invites reflection.

Over the Rhine has never made a bad album, and The Long Surrender is proof that even after twenty years, the duo continues to have new things to say with new ways to say them. Over the Rhine is making some of the best music today, and it is criminal more people are not listening.